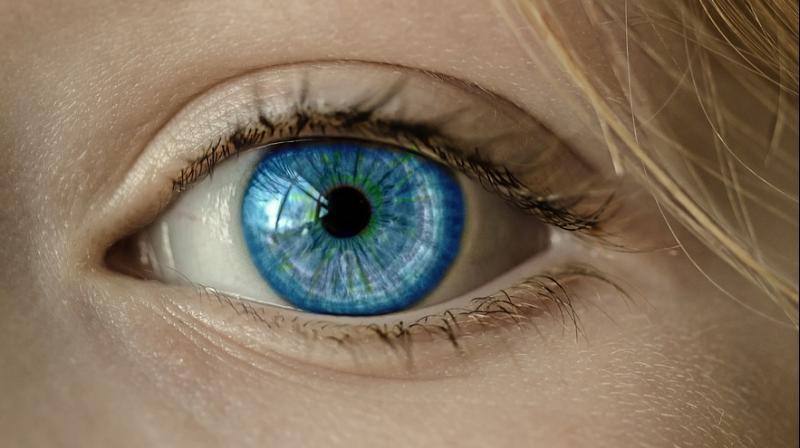 CRISPR-Cas9 can precisely cut and correct DNA at the desired target site inside the gene. (Phone: Pixabay)

AMD is a form of blindness, common in Caucasians, which causes distorted vision and blind spots.Scientists at the Institute for Basic Science (IBS) in Korea used CRISPR-Cas9 in performing "gene surgery" in the layer of tissue that supports the retina of living mice.
The most common retinopathies causing blindness are 'retinopathy of prematurity' in children, 'diabetic retinopathy' and 'AMD' in older adults.

In these diseases, abnormally high levels of the Vascular Endothelial Growth Factor (VEGF) are secreted. In AMD, VEGF causes the formation of new blood vessels in the eyes but also
leads to leakages of blood and fluid into the eye, damaging an area at the center of the retina called macula. Injections of anti-VEGF drugs are the most common treatment against AMD, but at least seven injections per year are required, because VEGF is continuously overexpressed by the cells of the diseased retinal pigment epithelium.

Instead of such invasive treatments, scientists believe that gene therapy with the third generation gene editing tool CRISPR-Cas9 could improve the situation. "The injections tackle the effects, but not the main cause of the problem. By editing the VEGF gene, we can achieve a longer-term cure," said KIM Jin-Soo, Director of the Center for Genome Engineering at IBS. CRISPR-Cas9 can precisely cut and correct DNA at the desired site in the genome. The system works by cutting DNA at a target site, in this case, inside the VEGF gene.Two year ago, IBS scientists proved that a pre-assembled version of CRISPR-Cas9, or Cas9 ribonucleoprotein (RNP), can be delivered to cells and stem cells to modify target genes.

The pre-assembled complex works rapidly and degrades before the body has time to build up an immune response against it. In this study, the team successfully injected CRISPR-Cas9 into the eyes of a mice model with wet AMD and locally modified the VEGF gene. Initially they found that the delivery of the pre-assembled CRISPR-Cas9 complex is more efficient than the delivery of the same components in a plasmid form. Secondly, the complex disappeared after just 72 hours.Scientists assessed the whole genome of the animals and found the CRISPR-Cas9 complex modified only the VEGF gene and did
not affect other genes.

The progression of the eye disease was monitored by looking at choroidal neovascularisation (CNV), the creation of new blood vessels between the retina and the sclera - a common problem of 'wet' macular degeneration - and researchers found the CNV area reduced by 58 per cent. Moreover, a likely side effect, namely cone dysfunction, that takes only 3 days to show in these mice, did not occur a week after the treatment.The study was published in the journal Genome Research.