The research spanned 10 years and its efficacy was shown in mice and in 20 type 1 diabetes patients who took part in a clinical trial. 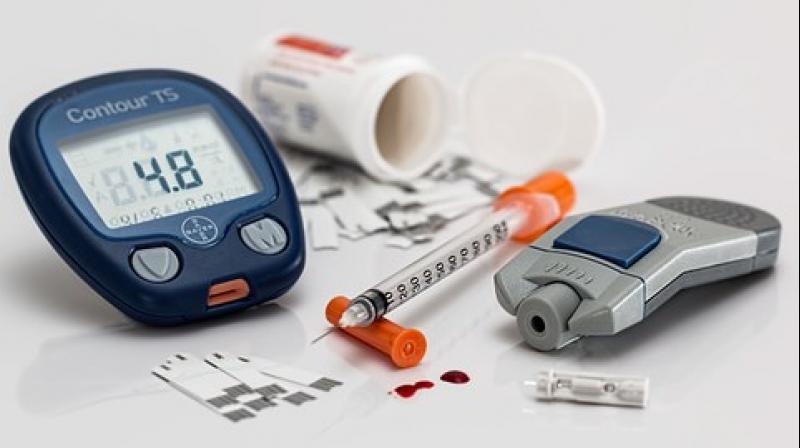 Some 60 per cent of people at risk of getting type 1 diabetes possess the DQ8 molecule which increases diabetes risk. (Photo: Pixabay)

A drug commonly used to control high blood pressure may also help prevent the onset of type 1 diabetes in up to 60 per cent of those at risk for the disease, a study has found.

The drug, methyldopa, has been used for over 50 years to treat high blood pressure in pregnant women and children, according to the study published in the Journal of Clinical Investigation.

It is on the World Health Organizations (WHO) list of essential drugs. But like many drugs used for one condition, researchers found it useful for something totally unrelated.

"With this drug, we can potentially prevent up to 60 per cent of type 1 diabetes in those at risk for the disease," said Aaron Michels from the University of Colorado Anschutz Medical Campus in the US.

"This is a very significant development." Michels said.

Some 60 per cent of people at risk of getting type 1 diabetes possess the DQ8 molecule which significantly increases the chance of getting the disease.

The researchers believed that if they could block specifically the DQ8 molecule they could also block the onset of the disease.

"All drugs have off-target effects. If you take too much acetaminophen you can hurt your liver," Michels said.

"We took every FDA approved small molecule drug and analyzed HLA-DQ8 binding through a supercomputer. We searched a thousand orientations for each drug to identify those that would fit within the DQ8 molecule binding groove," Michels said.

After running thousands of drugs through the supercomputer, they found that methyldopa not only blocked DQ8, but it didnt harm the immune function of other cells like many immunosuppressant drugs do.

The research spanned 10 years and its efficacy was shown in mice and in 20 type 1 diabetes patients who took part in a clinical trial.