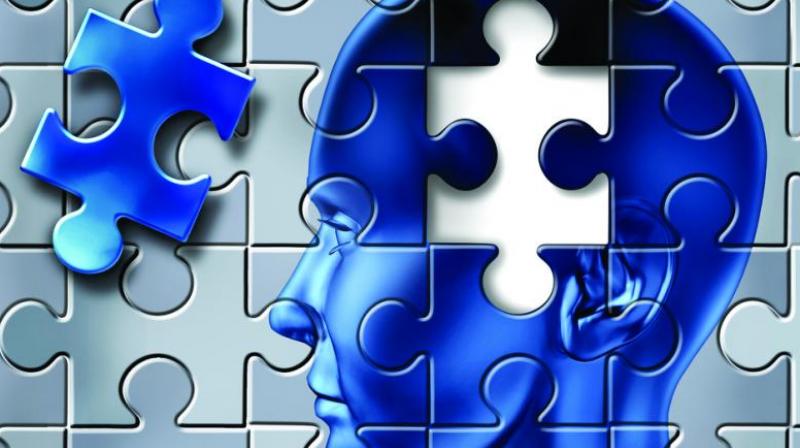 It may be possible to predict if someone is at risk more than a decade before being diagnosed with Alzheimer's disease.

Recent research has shown that rambling and long-winded anecdotes could be an early sign of Alzheimer's disease. Subtle changes in speech style occur years before the more serious mental decline takes hold. The scientists behind the work say it may be possible to detect these changes and predict if someone is at risk more than a decade before meeting the threshold for an Alzheimer's diagnosis.

The symptoms that show subtle changes early on are labelled as mild cognitive impairment. For an accurate prediction, it is better to consider some risk factors and circumstances linked to dementia. They are:
Age, Alcohol dependence, Genetics: Someone with a family history of dementia is at higher risk,  Smoking: Nicotine in blood vessels may cause hypertension, leading to early onset of dementia, l Increased lipids, or hyperlipidemia,  Diabetes: Those with chronic diabetes are at higher risk, Mental illnesses such as depression and anxiety, Hypothyroidism: A disorder in which the thyroid gland does not produce enough thyroid hormone, Sedentary lifestyle and History of stroke.

Generally, the subtle signs are forgetting what one used to remember easily. Recent memory - what one remembers in the past 48 hours — is the first casualty. But remote memory — what happened in the long past — is not affected. Family members of the patient will start seeing the difference. The patients themselves, however, are not much aware of their forgetfulness.

Other early symptoms include forgetting the place where one kept personal stuff, such as spectacles, keys or money; inability to calculate quickly, and forgetting things to be bought from the market.

There are other signs of Alzheimer's that have nothing to do with memory loss. Many functions of the brain get disturbed and memory is just one of them.

There is disturbance in thinking, comprehension, calculation, speaking and judgement. The patients are unable to think clearly or take decisions quickly and properly. Calculation is a skill that enables people to ‘read between the lines’, which Alzheimer's disease patients cannot do.

Overall, cognitive functions fall to such a level that it starts interfering in dressing up, eating, personal hygiene and taking care of personal belongings.

Dementia is categorised into two types: Early onset that begins before 65 years, and late onset that begins after 65 years. The prevalence, incidence and severity increase with age and equally affect both male and female. In India, with the geriatric population increasing, incidence and prevalence too are rising. But it is a myth that dementia is a normal ageing process and nothing can be done to prevent it. It is difficult to judge the exact prevalence of dementia in India because of this myth. People notice dementia only after it has reached a severe level. Family members often go for treatment of associated symptoms or behaviour abnormalities such as depression, without knowing it was dementia all along. The recent research findings will help doctors deal with Alzheimer's patients in a better way, though doctors are already aware of all the factors.