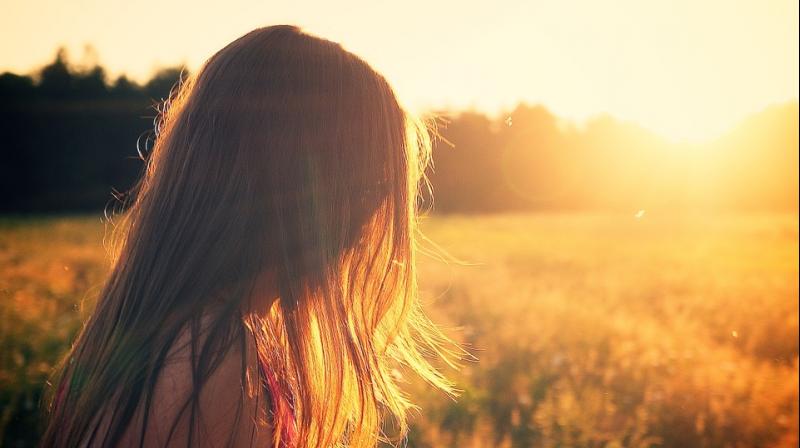 In the largest ever genetic study on pigmentation, which includes skin and hair, researchers analysed DNA data from almost 300,000 people of European descent. (Photo: Pixabay)

Paris: Scientists on Monday said they have uncovered more than 100 new genes linked to hair colour, a discovery which could advance knowledge on skin cancer and other diseases.

The findings, published in Nature Genetics, could also help forensic scientists use DNA samples to identify the natural hair colour of unidentified criminals.

In the largest ever genetic study on pigmentation, which includes skin and hair, researchers analysed DNA data from almost 300,000 people of European descent.

By comparing self-reported hair colour with genetic make-up -- stored at several million locations across the human genome -- the team identified 124 genes involved in the development of hair colour.

Inherited factors account for 97 per cent of colour variation for hair and skin, but only a dozen relevant genes had been previously identified.

"The link between pigmentation and health is very important in the evolution of the human race," said co-author Veronique Bataille from King's College London.

"Knowing more about these genes can be important not just for skin cancer but also for other conditions, like auto-immune diseases."

Other pigmentation-related diseases include testicular, prostate and ovarian cancers, as well as Crohn's and other forms of bowel disease.

The discovery could give police investigators a boost, the researchers said.

"If after a crime, police have a DNA sample but no idea who they are looking for, knowing with far more certainty what colour hair they have could increase the chance of finding them," said co-author Manfred Kayser from Erasmus MC University Medical Centre in Rotterdam.

The study also confirmed that women are more likely to have lighter hair than men.

Earlier research has speculated that when early Europeans migrated north, women evolved to have lighter hair than men, most likely in response to male sexual preference.

"Our study confirms in very large sample sizes that there must have been a selection towards fair haired females," said Bataille. "It's fascinating in terms of human history and sexual behaviour."

The once popular expression "gentlemen prefer blondes", in other words, may be grounded in an ancient evolutionary imperative.

"Maybe it is still happening now, we don't know."

"Our work helps us to understand what causes human diversity in appearance by showing how genes involved in pigmentation subtly adapted to external environments and even social interactions during our evolution," added co-author Tim Spector from King's College London.