Immune system of new born is transferred from mothers

Here is how mother's immunity transfers to her baby. 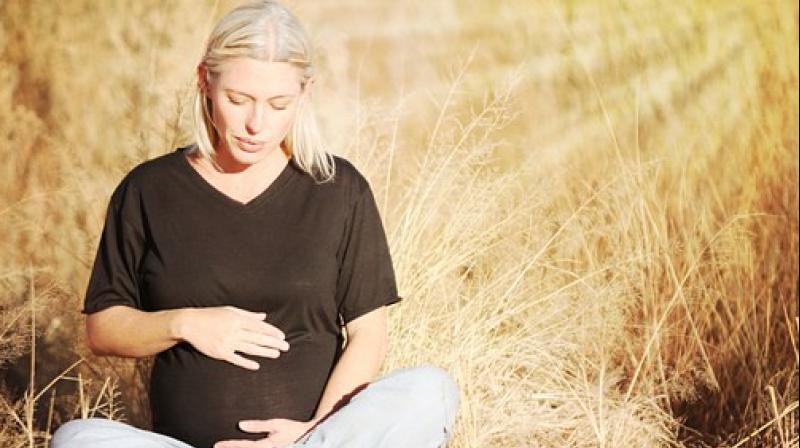 According to the researchers, to help the newborn immune system learn to discriminate between friend and foe, mothers transfer antibodies to their infants via the placenta. (Photo: Representational/Pixabay)

Washington: To help the newborn immune system learn to discriminate between friend and foe, mothers transfer antibodies to their infants via the placenta, recent findings suggest.

As part of a recent study, a team of researchers has determined how a pregnant woman's vaccine-induced immunity is transferred to her child, which has implications for the development of more effective maternal vaccines.

"Newborns arrive into the world on the first day of life with brand-new immune systems that, like the children themselves, need to learn to cope with both helpful and harmful microbes in their environment," explained Galit Alter, co-senior author of the study published in Cell paper.

According to the researchers, to help the newborn immune system learn to discriminate between friend and foe, mothers transfer antibodies to their infants via the placenta.

The rules by which the placenta performs this absolutely essential function have been unknown but if decoded, could hold the key to generating more powerful vaccines to protect these most precious patients.

While maternal antibodies against some diseases such as measles can be transferred from mother to infant, providing some protection until the child is old enough for individual vaccination, antibodies to other serious diseases like polio are less efficiently transferred.

To investigate the mechanisms by which antibodies are transferred from mother to child, the team of researchers used a novel tool called system serology to compare the quantity and quality of antibodies against pertussis in blood samples from mothers and from the umbilical cords that carry blood, nutrients and immune factors from the placenta to the infant.

Their investigation revealed that the placenta preferentially sifts out and delivers to the infant antibodies that activate natural killer (NK) cells, key elements of the innate immune system. While several important immune cells are too immature in newborns to provide effective protection, NK cells are among the most abundant and functional immune cells during the first days of life.

The team found a similar preference for the placental transfer of NK-activating antibodies against influenza and respiratory syncytial virus, a common disease of childhood, and also identified antibody features that appear to regulate placental selection, features that could possibly be built into next-generation vaccines with improved mother-to-child antibody transfer.