According to study children who skip breakfast regularly may not be consuming daily amounts of key nutrients for growth and development. 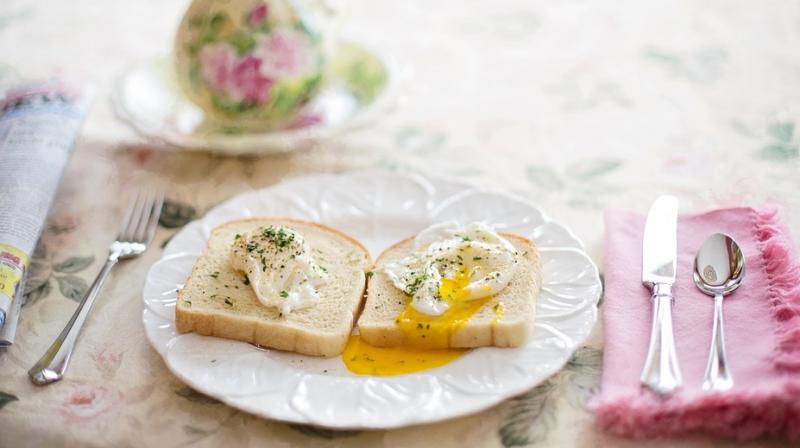 Children who eat breakfast have higher daily intakes of key nutrients such as folate, calcium, iron and iodine (Photo: Pixabay)

Washington DC: Is it "too early" to eat? Is there no time before school? Your children may be putting themselves at risk of malnutrition by skipping breakfast.

The King's College London study found that children who skip breakfast regularly may not be consuming the daily amounts of key nutrients for growth and development that are recommended by the UK government.

Children who ate breakfast every day were deemed to have overall superior nutritional profiles compared to those who didn't. While the study was unable to identify a causal link, these children were found to have higher daily intakes of key nutrients such as folate (important for the development of genetic material), calcium, iron and iodine (key in the development of thyroid function) than children who skipped breakfast.

The team of researchers used food diaries collected for the National Diet and Nutrition Survey Rolling programme between 2008 and 2012 from a group of 802 children aged 4 - 10 years and 884 children aged 11 - 18 years. Nutrient intake was assessed using a food composition databank from the Department of Health. Breakfast was considered as consumption of over 100 calories between 6 and 9am.

31.5 percent of those who skipped breakfast did not meet even the lower recommended nutrient intake (LRNI) of iron compared to only 4.4 percent of breakfast consuming children.

No children who consumed breakfast daily had a folate intake below their LRNI compared to 7.3 percent of those who skipped breakfast.

The study compared breakfast habits and nutrients within individual participants and showed that, in younger children (4-10 years old), on days when breakfast was consumed, children had higher intakes of folate, calcium, vitamin C and iodine compared to their breakfast-skipping days. Out of these same nutrients, for older children (11-18 years old) only calcium intakes were higher on breakfast-consuming days.

Authors have attributed these findings to higher levels of parental control over eating habits at a young age. There is also the possibility of mis-reporting in food diaries, particularly in older children who reported their own intakes. Some analyses were repeated to omit implausible levels of energy intake where possible.

Senior author Gerda Pot said that this study provided evidence that breakfast is key for parents to ensure that their children are getting the nutrition they need.

The study is published in the British Journal of Nutrition.