Suicide among veterans highest in western US, rural areas

States with high veteran suicide rates like West Virginia, Oklahoma and Kentucky, had greater levels of prescription drug use. 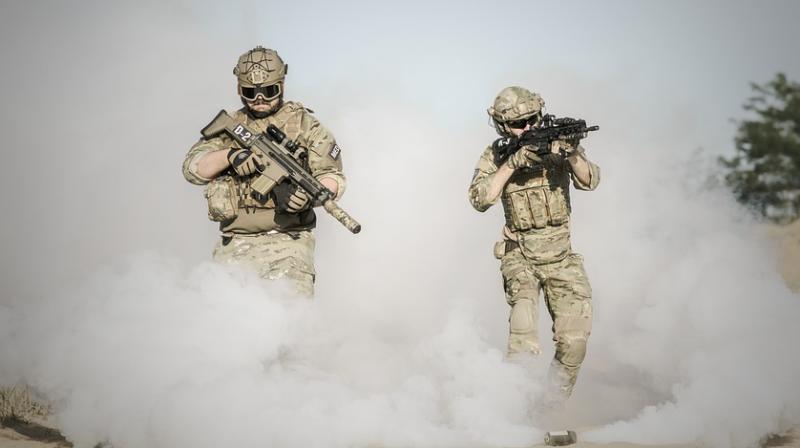 Montana, Utah, Nevada and New Mexico have the highest rates of veteran suicide as of 2014. (Photo: Pixabay)

Suicide among military veterans is especially high in the western US and rural areas, according to new government data that show wide state-by-state disparities and suggest social isolation, gun ownership and access to health care may be factors.

The figures released Friday are the first-ever Department of Veterans Affairs data on suicide by state. It shows Montana, Utah, Nevada and New Mexico had the highest rates of veteran suicide as of 2014, the most current VA data available.

Veterans in big chunks of those states must drive 70 miles or more to reach the nearest VA medical center.

The suicide rates in those four states stood at 60 per 100,000 individuals or higher, far above the national veteran suicide rate of 38.4.

The overall rate in the West was 45.5. All other regions of the country had rates below the national rate.

Other states with high veteran suicide rates, including West Virginia, Oklahoma and Kentucky, had greater levels of prescription drug use, including opioids.

A VA study last year found veterans who received the highest doses of opioid painkillers were more than twice as likely to die by suicide compared to those receiving the lowest doses.

The latest VA data also reaffirmed sharp demographic differences: Women veterans are at much greater risk, with their suicide rate 2.5 times higher than for female civilians.

Among men, the risk was 19 percent higher among veterans compared to civilians. As a whole, older veterans make up most military suicides — roughly 65 percent were age 50 or older.

"This report is huge," said Rajeev Ramchand, an epidemiologist who studies suicide for the RAND Corp. He noted that the suicide rate is higher for veterans than non-veterans in every single state by at least 1.5 times, suggesting unique problems faced by former service members. "No state is immune."

Ramchand said it was hard to pinpoint specific causes behind veteran suicide but likely involved factors more prevalent in rural areas, such as social isolation, limited health care access, gun ownership and opioid addiction. Nationally, 70 percent of the veterans who take their lives had not previously been connected to VA care.

"This requires closer investigation into why suicide rates by veteran status are higher, including the role that opiates play," Ramchand said.

The numbers come from the largest study undertaken of veterans' records by the VA, part of a government effort to uncover fresh information about where to direct resources and identify veterans most at-risk.

The department has been examining ways to boost suicide prevention efforts.

"These findings are deeply concerning, which is why I made suicide prevention my top clinical priority," said VA Secretary David Shulkin. "This is a national public health issue."

Shulkin, who has worked to provide same-day mental health care at VA medical centers, recently expanded emergency mental care to veterans with other than honorable discharges. The department is also boosting its suicide hotline and expanding telehealth options.

Transitioning back to civilian life can be difficult for active-duty members who may return home with physical and mental conditions and feel unable to open up to friends or families. As a result, some veterans can feel overwhelmed by daily challenges of finding a job, buying a home and supporting a family.

"It can be tough because the military is a close-knit community and you have that familial feel," Jones said. "As you transition out, you tend to lose that a little bit and feel like an island onto yourself."

The attention on veteran suicide comes at a time when the VA has reported a huge upswing in veterans seeking medical care as they have returned from conflicts in Afghanistan and Iraq.

If doctors don't ask the right questions to a veteran complaining of back pain, for instance, they may prescribe opioids not realizing the veteran was also suffering PTSD or brain injury after being blown up in a humvee, said Jaslow, a former Army captain.

Expanding private-sector care and stemming veterans' suicide are priorities of President Donald Trump. In a statement this week as part of Suicide Prevention Month, Trump said the US "must do more" to help mentally troubled veterans.