Regularly noting feelings of gratitude in a journal can boost altruistic traits in people, making them donate more to charities. 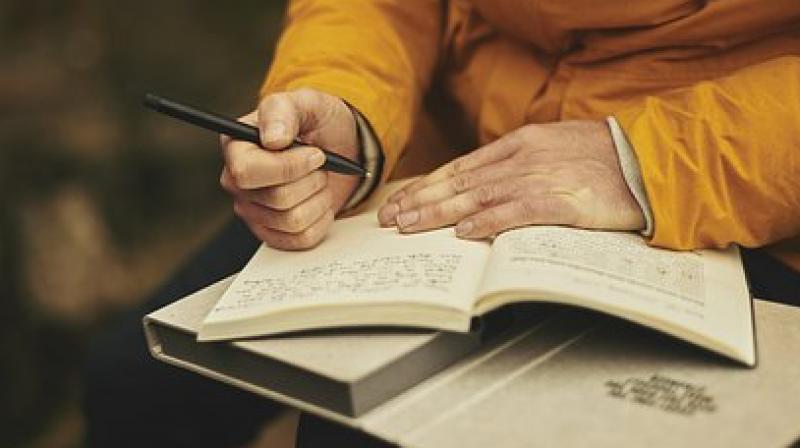 This perspective emphasises more than gratitudes benefit to oneself, focusing on the downstream benefits of gratitude to others in society. (Photo: Pixabay)

Regularly noting feelings of gratitude in a journal can boost altruistic traits in people, making them donate more to charities, a study has found.

During their first run through the MRI, the participants viewed transactions in which a sum of money was donated to a local food bank or routed to themselves.

"We found that across the whole group at the first session, people who reported more altruistic and grateful traits showed a reward-related brain response when the charity received money that was larger than when they received the money themselves," said Christina M Karns, from University of Oregon in the US.

Results of functional MRI, which measures the metabolism of oxygen in active brain cells, showed that altruism-related activity increased in the ventromedial prefrontal cortex, an area deep in the brain associated with altruism in previous studies.

To test the journaling intervention, the 33 women, ages 18-27, who participated in the study were randomly assigned to two groups.

In one, 16 wrote daily in an online journal, responding to prompts with questions related to gratitude. The other 17 received neutral daily prompts not focused on gratitude.

Three weeks later, the participants returned for functional MRI scanning as they repeated the questionnaires and viewed transactions of money going to the food bank or themselves.

"We found that activity recorded in the ventromedial prefrontal cortex shifted in the people in the gratitude- journaling group," Karns said.

"This group, as a whole, increased that value signal toward the charity getting the money over watching themselves get the money as if they were more generous toward others than themselves," she said.

Research on positive thinking and practicing gratitude previously has shown benefits to improved health and general well-being, but the new research was designed to explore gratitude with a philosophical perspective.

This perspective emphasises more than gratitudes benefit to oneself, focusing on the downstream benefits of gratitude to others in society.

To do that, she used a variety of questionnaires to discreetly explore the participants feelings about altruism, combining then with the transaction-viewing exercise developed by the co-authors for use in earlier studies.

The results show that the part of the brain that supports feeling a reward is flexible, allowing for changes in values of a "neural currency" linked to feelings of altruism.

"Our findings suggest that there's more good out there when there is gratitude," Karns said.