Infertility not just a 'woman's problem'

The basic test to determine male infertility is semen analysis. 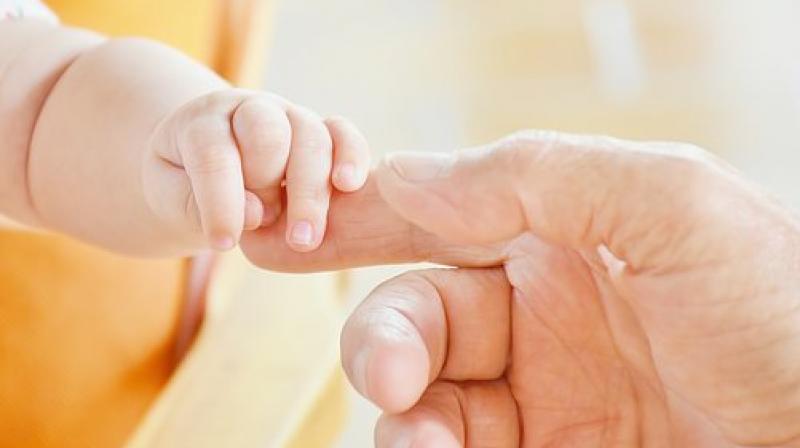 In India, male infertility is an ignored phenomenon and women are subjected to social stigma for being unable to bear children. (Photo: Pixabay)

Infertility, both in men and women, has become quite common these days and is on the rise in India. As per estimates, there has been a 20% to 30% rise in infertility in the country in the last five years.

Infertility is neither an urban phenomenon nor is it confined only to women. Studies have shown that in nearly 30% of all infertility cases, the cause can be attributed to a problem in the man.

However, in India, male infertility is largely an ignored phenomenon and women are subjected to a lot of social stigma for being unable to bear children. The need of the hour is, therefore, to give equal importance to male infertility and create awareness about the condition.

Speaking about this, Dr Hrishikesh D Pai, Director IVF & Infertility at Fortis La Femme Hospital, Delhi & Secretary General of the Federation of Obstetrics and Gynaecological Societies of India said, "Infertility is not just a woman's problem and it is important to raise awareness about male infertility and the causative factors. Infertility is broadly used to denote a range of conditions, which affect both men and women."

He added, "In men, the most common reasons for infertility include alow sperm count and poor motility of the sperm. Other factors such as excessive consumption of foods that increase estrogen in the blood, long-term inhalation of toxins in the air, erectile dysfunction, early ejaculation of semen, cancer or infection of the genital system and diabetes also contribute to the condition. Increasingly, following an unhealthy lifestyle including diet imbalance, addiction to smoking or alcoholism, sedentary existence, or mental and emotional stress, have all become factors that contribute to a poor sperm count."

The signs and symptoms of infertility in males may include: problems with sexual function; pain, swelling or a lump in the testicle area; recurrent respiratory infections; decreased facial or body hair or other signs of a chromosomal or hormonal abnormality; having a lower than normal sperm count (fewer than 15 million sperm per milliliter of semen or a total sperm count of less than 39 million per ejaculate).

The basic test to determine male infertility is semen analysis. If there are any abnormalities, tests are repeated after a certain duration as advised by the doctor.

Dr Nandita Palshetkar, Director, IVF and Infertility at Fortis Bloom IVF Center at La Femme GK 2 and Fortis Hospital Gurgaon & President-elect of the Federation of Obstetrics and Gynaecological Societies of India said, "Although infertility is still considered to be a woman's problem in India, the fact is that in 30% of the infertility cases, the problem is solely with the male partner. It is, therefore, imperative that even the men get tested and at the earliest. Men usually put off testing to avoid embarrassment."

"However, getting diagnosed at an early stage will not only save discomfort and expense but also help in timely treatment. The bright side is that recent medical breakthroughs have helped even men with very few sperms to become fathers. It is also important to make certain lifestyle changes such as quitting smoking and drinking, and consuming a healthy diet, all of which can help in preventing infertility and avoiding any possible complications," she added.

Some treatment options for addressing male infertility include the following.

Intrauterine Insemination (IUI) -This method can be tried when the sperm count is at least 10 million. In this process, the semen is washed using special methods in a lab and a small quantity of sperms are placed, using a thin tube, inside the woman's womb. This is a simple, inexpensive procedure.

Intracytoplasmic Sperm Injection (ICSI) - This is akin to a test-tube baby procedure. Eggs from the women are removed with a needle under sonography control and placed under a microscope. Each sperm is picked up with a needle and injected directly into the egg with a micromanipulator. The eggs then fertilize and divide. After two to three days, the embryo is placed in the womb.

PESA, TESA- At times even when a hormone test is normal, there may be no sperms in the semen. In such cases, the sperms can be removed directly from the testes using a tiny needle. These are then injected into the egg using the ICSI procedure.

Donor sperms- There are also cases of complete testicular failure with abnormal hormones and no sperms. In such cases, donor sperms obtained from a semen bank. This is then injected into the woman.