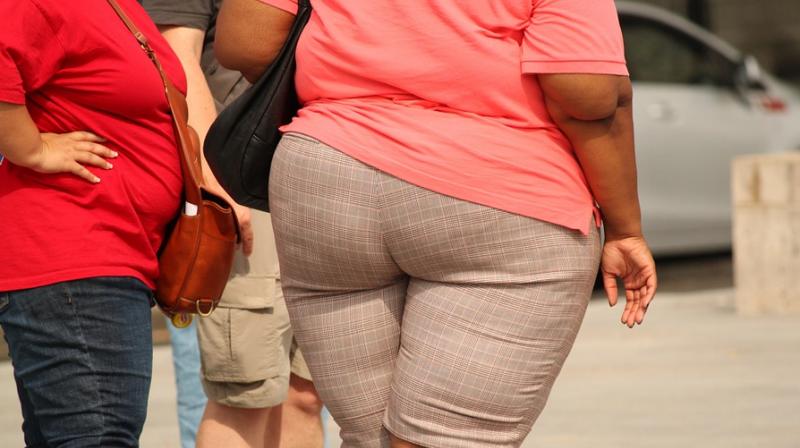 Washington: People who undergo weight loss surgery have half the death rate compared to those who receive traditional medical treatment over a 10-year period,
a study has found.

The rate of death in individuals who did not have surgery was 2.3 per cent compared to 1.3 per cent in those who had surgery. The study compared 8,385 people who had the surgery (65 percent women and 35 per cent men) to 25,155 who did not. In the US, the majority of people who have bariatric surgery are
women.

"We showed that a long-term effect of bariatric surgery is a longer life for obese patients," said Philip Greenland, professor at Northwestern University in the US. "They had half the death rate, which is significant," Greenland said.

The average age of a person in the study was 46 years old with a Body Mass Index (BMI) of 40, the equivalent of being five feet seven inches tall and weighing 120 kilogrammes. The study looked at detailed data on 33,540 obese individuals in Israel for up to a decade.

"Bariatric surgery is an increasingly frequent treatment for severe obesity," said Laura Rasmussen-Torvik, assistant professor at Northwestern University. "It's highly effective in promoting weight loss but also invasive and can lead to short- and long-term complications," said Rasmussen-Torvik. "In order for patients and doctors to make the best- informed decisions about what weight loss strategies to pursue, they need to understand the true costs and benefits of the procedures," she said.

While the short-term benefits of weight loss surgery - such as weight loss and better control of diabetes and blood pressure - are well known, there is concern about complications from the surgery. Among the concerns are malabsorption of nutrients including vitamin deficiency, anaemia and protein deficiency. However, there was not a higher rate of anaemia, vitamin or protein deficiency among those who had surgery in this study.

The study looked at three types of bariatric surgery compared to the usual care by a primary care physician, which may include dietary counselling and behaviour modification. The surgery types included creating a pouch at the top of the stomach that limits the amount a person can comfortably eat, restricting the amount of food the stomach can hold with an adjustable band and reducing the size of the stomach. "Surgery sounds like a radical approach to managing obesity, and a lot of people reject it because it seems like a risky thing to do, but it is actually less risky to have the surgery," Greenland said.