Sperm counts among men have dropped substantially over the last few decades. 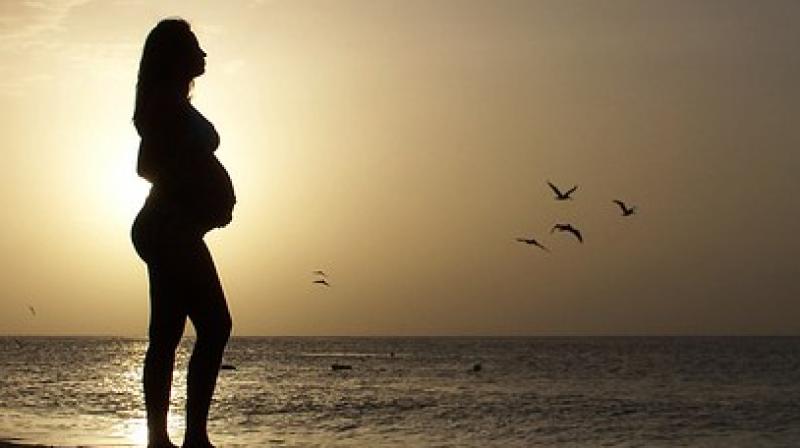 Moms-to-be exposed to plasticizer may find that their son's fertility and that of future generations has been harmed, according to a recent study.

Chemicals found in a variety of routinely used consumer products may be contributing to the substantial drop in sperm counts and sperm quality among men in recent decades, the University of Illinois study in mice suggests.

The study found the effect of chemicals that disrupt the body's hormones, called endocrine-disrupting chemicals, may extend beyond more than one generation.

"Sperm counts among men have dropped substantially over the last few decades, but the reason for such an alarming phenomenon is not known. These results suggest that when a mother is exposed to an endocrine disruptor during pregnancy, her son and the son's future generations may suffer from decreased fertility or hormone insufficiency," said lead author Radwa Barakat.

The researchers studied the effect of di-(2-ethylhexyl) phthalate (DEHP), which is among the most widely used endocrine-disrupting chemicals. It is found in a wide array of industrial and consumer products, including polyvinyl chloride (PVC) piping and tubing, cosmetics, medical devices and plastic toys.

The study found that male mice exposed to DEHP prenatally had significantly less testosterone in their blood and fewer sperm in their semen. Consequently, they lost fertility at an age when they normally would have been fertile.

"Most surprisingly, the male mice born to male mice that were exposed to DEHP also exhibited similar reproductive abnormalities--indicating prenatal exposure to DEHP can affect the fertility and reproductive capacity of more than one generation of offspring," Barakat said. "Therefore, DEHP may be a contributing factor to the decreased sperm counts and qualities in modern men compared to previous generations."

Barakat and colleagues gave pregnant mice one of four doses of DEHP, or a type of corn oil, from 11 days after they conceived until birth.

"This study underscores the importance of educating public to try their best effort to reduce their exposure to this chemical and also the need to substitute this chemical with a safer one," Barakat said.

The research results will be presented on March 19 at ENDO 2018, the 100th annual meeting of the Endocrine Society, in Chicago, Ill.