Lack of beauty sleep may make people avoid you

People seem to be able to tell when someone needs more sleep, and are more inclined to leave them alone in that case. 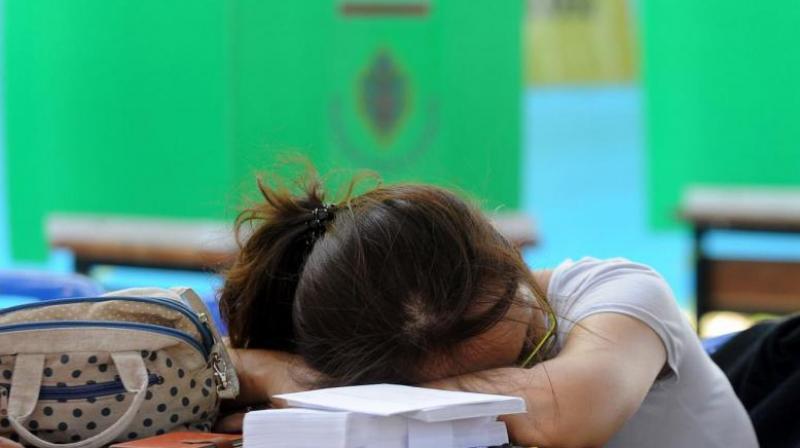 New York: Skipping your beauty sleep? It may not be a good idea, say scientists who found that not getting enough sleep for just two days in a row can make people less interested in hanging out with you.

In a new study published in the journal Royal Society Open Science, researchers found that lack of sleep can make you appear less attractive to others.

"People seem to be able to tell when someone needs more sleep, and are more inclined to leave them alone in that case," according to researchers from Karolinska Institutet in Sweden and New York University in the US.

In both sets of pictures, the subjects were photographed in a grey T-shirt, with their hair pulled away from their faces, and were told not to wear makeup.

The researchers then showed the photos to a different set of 122 volunteers, who were asked to rate the subjects on attractiveness, health, sleepiness and trustworthiness.

They were also asked if they would like to socialise with the person in the photo, the 'Los Angeles Times' reported.

Researchers found that people were less willing to socialise with tired-looking subjects.

They also deemed the poorly rested subjects to be less attractive, less healthy and more sleepy compared to when they were well rested.

According to Tina Sundelin, a post-doctoral student at the Karolinska Institutet, coffee and makeup might help a person look more awake.