Sound sleep may be result of morning daylight exposure

Much has been done to reduce light levels to promote energy efficiency, which is important, but we may be going too far in this direction. 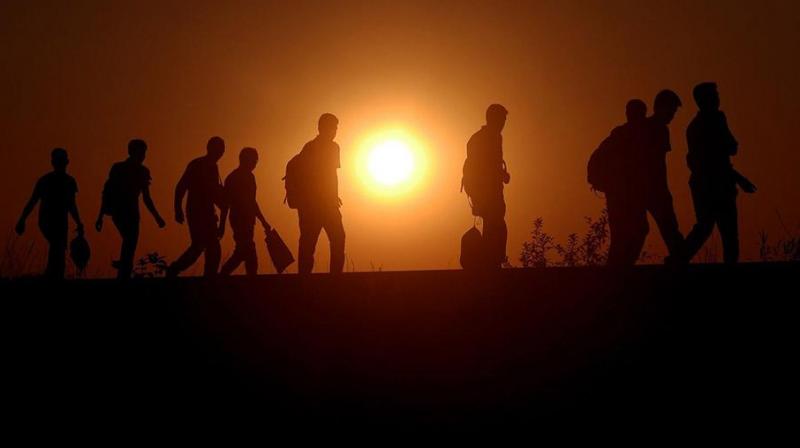 Individuals should think about their lighting environment at work (Photo: AFP)

Workers who are exposed to sunlight or bright indoor lights during the morning hours sleep better at night and tend to feel less depressed and stressed than those who don’t get much morning light, according to a recent study.

Exposure to more light during the day and less light at night is critical for healthy sleep patterns because it helps to calibrate the body’s internal “circadian” clock, the study team writes in the journal Sleep Health.

The results suggest that in office environments, being exposed either to daylight or electric lights that are rich in short wave “blue” light may be important for the health of workers, said lead author Mariana Figueiro.

Many office buildings may actually be moving in the direction of reducing light said Figueiro, program director at the Lighting Research Center at Rensselaer Polytechnic Institute in Troy, New York. “Much has been done to reduce light levels to promote energy efficiency, which is important, but we may be going too far in this direction,” she told Reuters Health by email.

“We need to start thinking about how we light our daytime environments,” Figueiro added. To see whether typical office workers get enough light to regulate their sleep-wake cycle, the study team recruited participants in five government office buildings across the United States.

A total of 109 employees working at the offices wore light-measuring devices for one week in summertime to gauge their exposure to different types of light throughout the day, and 81 of these participants repeated the experiment in winter as well.

The office workers logged their sleep and wake times and completed questionnaires about their mood and sleep quality at the end of each study period.

Researchers found that people who were exposed to greater amounts of light during the morning hours, between 8 a.m. and Noon, fell asleep more quickly at night and had fewer sleep disturbances during the night compared to those exposed to low light in the morning.

People getting more morning light were also less likely to report feelings of depression and stress. Office workers who were exposed to high levels of light all day, from 8 a.m. to 5 p.m., also reported lower levels of sleep disturbance and depression.

“Individuals should think about their lighting environment at work, and also some of their habits during the day (and before bed),” Ilia Karatsoreos, an associate professor of integrative physiology and neuroscience at Washington State University in Pullman, told Reuters Health by email.

A lack of good quality sleep has been linked to mental and physical health problems, including issues with mood, thinking, metabolism and the immune system, said Karatsoreos, who was not involved in the study.

“There are many easy things we can do during the day to increase our exposure to sunlight that could have beneficial effects on mood and sleep for many people,” Karatsoreos noted. “Perhaps leaving your desk and getting out in the bright sun for lunch could help.”

“A robust light and dark pattern (high circadian effective light during the day and low in the evening) is important for our health and wellbeing,” Figueiro said.

“Look out a window, seek light during the day, especially during the morning, go out during lunch time,” Figueiro advised.