A lot may depend on how often teens are being interrupted by beeps and buzzes from their phones. 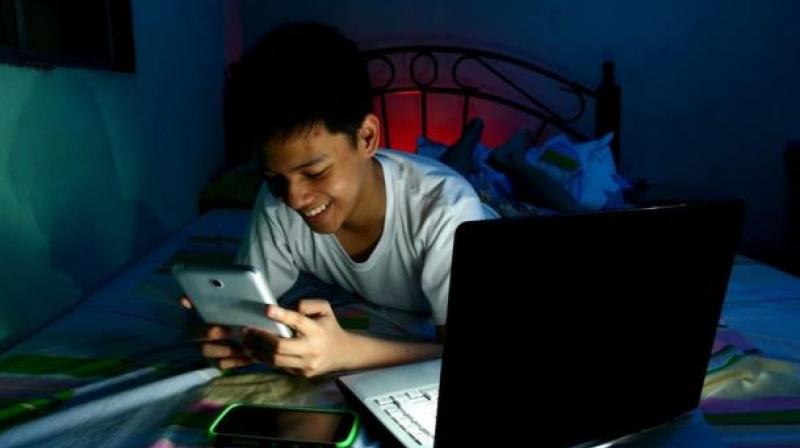 Adolescents who are constantly getting notifications to check a message or do something with an app may lose their ability to focus (Photo: AFP)

Teens who spend lots of time surfing the web, playing games and chatting with friends on smartphones and tablets may be more likely to develop ADHD symptoms than youth who don’t, a U.S. study suggests.

“This study raises new concerns whether the proliferation of high-performance digital media technologies may be putting a new generation of youth at risk for ADHD,” said senior study author Adam Leventhal, director of the Health, Emotion, & Addiction Laboratory at the University of Southern California in Los Angeles.

“While digital media use in moderation might provide some benefits, like access to educational information or social support, excessive exposure to digital media entertainment could have adverse mental health consequences,” Leventhal said by email.

Older forms of screen time like television watching and playing video games on consoles have long been linked to an increased risk of ADHD and other emotional and behavioral problems, especially when teens are engaged in these activities for hours on end. But less is known about the long-term health effects of all the apps on smartphones and tablets.

A lot may depend on how often teens are being interrupted by beeps and buzzes from their phones, how they engage with their devices, and what types of social interactions they have in real life, Levanthal said.

Adolescents who are constantly getting notifications to check a message or do something with an app may lose their ability to focus and stay engaged in tasks like schoolwork for long periods of time, he said. Binge-watching videos, meanwhile, might interfere with the development of patience, impulse control, and the ability to delay gratification.

None of the students displayed symptoms of ADHD at the start of the study. Researchers assessed them with a standard questionnaire asking about symptoms like difficulty organizing and completing tasks, trouble remaining still or staying focused on activities.

Over the next two years, researchers surveyed teens every six months to see how often they did 14 different digital activities including texting, streaming videos or music, and sharing on social media.

High frequency users did these activities many times a day. Among 51 students in this category, about 11 percent developed ADHD symptoms by the end of the study.

Another 114 participants reported high frequency use of seven digital activities, and about 10 percent of these students also developed symptoms of ADHD during the study.

But among the 495 teens who didn’t do any of these activities frequently, slightly less than five percent developed ADHD symptoms.

The study wasn’t a controlled experiment designed to prove whether or how lots of screen time might directly cause symptoms of ADHD. It’s also possible some participants had undetected symptoms of ADHD when they joined the study or that teens who developed symptoms gravitated toward digital media as a result.

Even so, the results add to the evidence suggesting that parents should regulate how teens use smartphones and tablets, said Dr. Jenny Radesky, author of an accompanying editorial and a professor of pediatrics at the University of Michigan C.S. Mott Children’s Hospital in Ann Arbor.

“Rather than focusing on a time duration, I recommend that parents take stock of their family’s usual day, and identify where some downtime or single-tasking could occur,” Radesky said by email.

“Parents can take the lead and show their kids when and where they choose to create boundaries around media use (for example, putting their phone away during meals, or car rides, or setting an evening device curfew), and have their kids do the same,” Radesky advised.