Life   Health  18 Aug 2017  Addiction to gambling in adults may be due to childhood trauma
Life, Health

Addiction to gambling in adults may be due to childhood trauma

Men with gambling addiction are more likely to have witnessed violence or have experienced physical abuse or assault growing up. 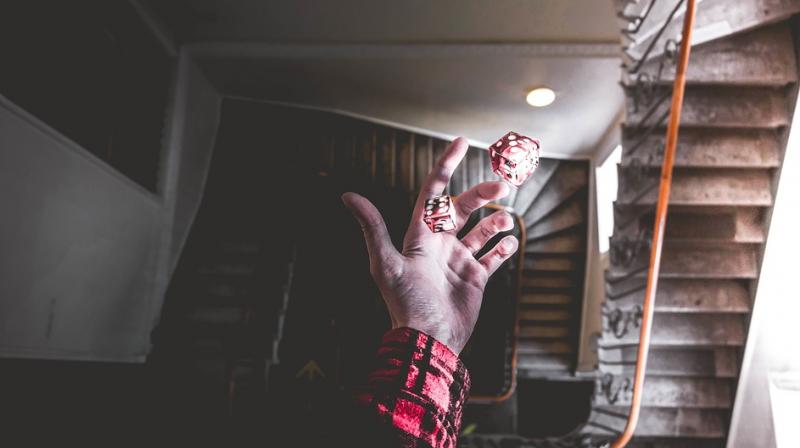 Study is important as it shows that harmful gambling is associated with early and adult trauma (Photo: Pixabay)

Men with gambling addictions are more likely than their peers to have endured childhood traumas like physical abuse or violence at home, and treatment needs to address this underlying stressor, researchers say.

They examined survey data on a nationally representative group of 3,025 UK men aged 18 to 64 and found that roughly 5 percent had apparent gambling problems and about 7 percent were serious addicts.

Compared with men who rarely if ever placed wagers, the men with a pathological addiction to gambling were more than twice as likely to have witnessed violence at home or to have experienced physical abuse or assault growing up. They were also more than three times as likely to have suffered a serious or life-threatening injury as kids.

As adults, the men with severe gambling addiction were more likely to experience violence at home and at work; have relationships or marriages fall apart; lose jobs; have serious money problems; become homeless and be convicted of crimes.

“Gambling has been suggested as a potential coping mechanism, often among females,” said senior study author Dr. Jason Landon of Auckland University of Technology in New Zealand. “Often the view is that males gamble for enjoyment, or to win, and females gamble to escape,” he said by email.

“Our study is important as it shows that harmful gambling is associated with early and adult trauma - even when alcohol and drug use are controlled for - amongst a representative sample of males,” Landon said.

For the study, psychologists examined men’s survey responses about a variety of factors that can influence whether they develop a tendency to gamble.

Roughly one in four men who were compulsive gamblers, meaning addicts who placed bets regardless of their mood or whether they were winning or losing, witnessed violence as kids, as did 23 percent of the men classified as problem gamblers, the study found.

About 10 percent of compulsive and problem gamblers also experienced physical abuse or assaults as children.

By comparison, only 8 percent of the men without a gambling problem witnessed violence at home growing up and less than 4 percent suffered physical abuse or assault, the study team reports in Addictive Behaviors.

Even after researchers accounted for drug and alcohol dependence, which often accompany gambling addiction, men who were compulsive gamblers were significantly more likely than non-gamblers to have experienced domestic violence in childhood and adulthood as well as job loss, money problems and relationship failures as adults.

The study wasn’t a controlled experiment designed to prove whether or how childhood traumas may influence the odds of gambling addiction later in life.

Other limitations include a lack of data on arrests or convictions to confirm childhood trauma or violent experiences in adulthood, as well as the possibility that the survey misclassified the gambling habits of some participants, the authors note.

Even so, the findings add to growing evidence linking stressful life experiences to the development of addictions, said Julia Poole, a researcher at the University of Calgary in Canada who wasn’t involved in the study.

“Individuals with a history of child adversity appear more likely than those without such history to report subsequent disordered gambling as adolescents and adults,” Poole, who wasn’t involved in the study, said by email.

This doesn’t mean, however, that every person with a traumatic childhood will grow up to become a compulsive gambler, Poole said. Emotional regulation, or how well people are able to recognize and alter emotional reactions, may also influence whether addiction develops.

“This means that enhancing effective emotional regulation strategies among gamblers who report a history of childhood adversity may help gamblers utilize more-effective coping strategies and live a life free from their addictions,” Poole said.