The findings appeared in the Journal of The Lancet Public Health. 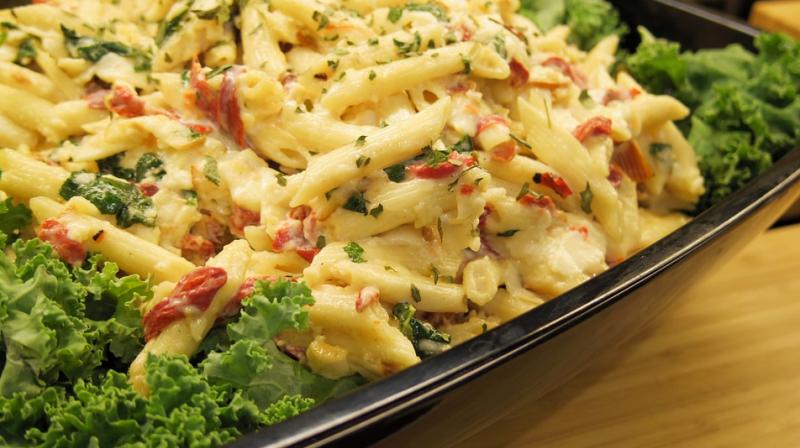 Turns out, eating carbohydrates in moderation can be optimal for health and longevity.

The observational study of more than 15,400 people found that diets both low (< 40% energy) and high (>70% energy) in carbohydrates were linked with an increase in mortality, while moderate consumers of carbohydrates (50-55% of energy) have the lowest risk of mortality.

The primary findings, confirmed in a meta-analysis of studies on carbohydrate intake including more than 432,000 people from over 20 countries, also suggested that not all low-carbohydrate diets appear equal--eating more animal-based proteins and fats from foods like beef, lamb, pork, chicken and cheese instead of carbohydrate was associated with a greater risk of mortality. Alternatively, eating more plant-based proteins and fats from foods such as vegetables, legumes, and nuts were linked to lower mortality.

Low-carb diets that replace carbohydrates with protein or fat are gaining widespread popularity as a health and weight loss strategy. However, the data suggested that animal-based low carbohydrate diets might be associated with a shorter overall lifespan and should be discouraged. Instead, if one chooses to follow a low carbohydrate diet, then exchanging carbohydrates for more plant-based fats and proteins might actually promote healthy ageing in the long term.

Results showed a U-shape association between overall carbohydrate intake and life expectancy, with low (less than 40% of calories from carbohydrates) and high (more than 70%) intake of carbohydrates associated with a higher risk of mortality compared with moderate intake (50-55% of calories).

In the next step of the study, the authors performed a meta-analysis of data from eight prospective cohorts (including ARIC) involving data from 432,179 people. This revealed similar trends, with participants whose overall diets were high and low in carbohydrates having a shorter life expectancy than those with moderate consumption.

The findings showed observational associations rather than cause and effect.

Considering evidence from other studies, the authors speculate that Western-type diets that heavily restrict carbohydrates often result in lower intake of vegetables, fruit, and grains and lead to greater consumption of animal proteins and fats--some of which have been implicated in stimulating inflammatory pathways, biological ageing, and oxidative stress--and could be a contributing factor to the increased risk of mortality. Whilst high carbohydrate diets (common in Asian and less economically advantaged nations) tend to be high in refined carbohydrates such as white rice, may also contribute to a chronically high glycaemic load and worse metabolic outcomes.

The authors noted some limitations including that dietary patterns were based on self-reported data, which might not accurately represent participants' food consumption; and that their conclusions about animal-based sources of fat and protein might have less generalisability to populations which tend to have diets high in carbohydrates, but often consume fish rather than meat.

On the basis of these principles, moderate intake of carbohydrate (eg, roughly 50% of energy) is likely to be more appropriate for the general population that are very low or very high intakes.

The findings appeared in the Journal of The Lancet Public Health.