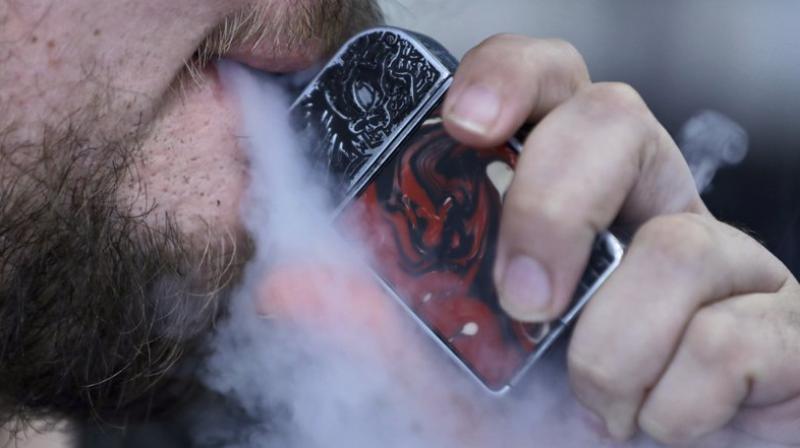 The vast majority of cases are people in their teens, 20s or early 30s, according to the CDC. (Photo: AP)

New York: Vaping-related illnesses in the US are still rising, though at a slightly slower pace. Health officials of Thursday said there have been 1,479 cases and at least 33 deaths in the mysterious outbreak.

The Centers for Disease Control and Prevention has been releasing new case counts each week. The latest jump — 180 cases — was the lowest increase since mid-September. But CDC officials say there’s no indication that the outbreak is waning.

The outbreak appears to have started in March. Symptoms of the illness include severe shortness of breath, fatigue, and chest pain. No single ingredient, electronic cigarette or vaping device has been linked to all the illnesses.

Most who got sick said they vaped products containing THC, the high-inducing ingredient in marijuana. Investigators say they are increasingly focused on black-market THC products. About 1 in 10 of the outbreak cases said they used only nicotine but that percentage has been falling. It was 13 per cent last week. In some cases, people who initially claimed they had used only nicotine admitted later they had vaped THC.

Until a cause is pinpointed, the CDC is advising Americans to refrain from vaping. Forty-nine states and one U.S. territory have reported illnesses. Only Alaska has not seen a case. The vast majority of cases are people in their teens, 20s or early 30s, according to the CDC.