Any interventions that can improve symptoms and quality of life are valuable. 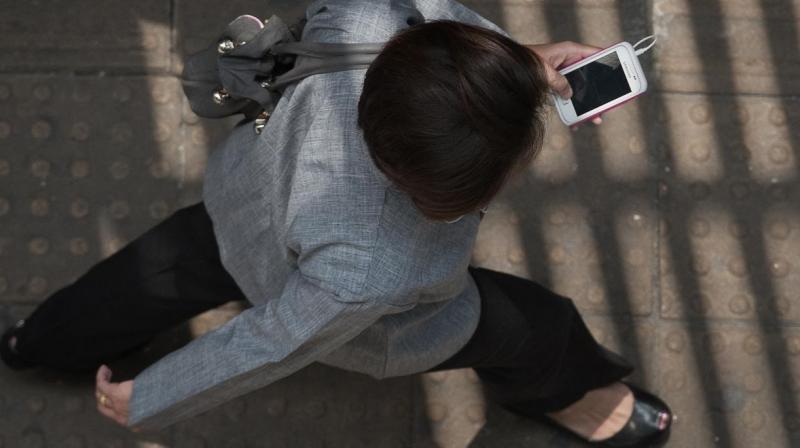 Taipei: Lung cancer patients could improve their sleep and quality of life by walking several times a week, a study from Taiwan suggests.

Those who participated in a 12-week home-based walking program had better sleep quality at both three and six months after the program. The results reinforce similar findings in breast and colorectal cancer patients, researchers say.

Lung cancer patients often experience sleep problems during and after treatment, Lin said, which can affect quality of life and cancer prognosis.

“With advances in lung cancer treatment, survival improves significantly,” she told by email. “Any interventions that can improve symptoms and quality of life are valuable.”

Patients were divided into two groups, with one group of 56 patients advised to walk at a moderate intensity for 40 minutes three times a week. These patients recorded their exercise after every session, participated in weekly exercise counseling sessions and wore wrist monitors that collected subjective and objective sleep data such as total sleep time, sleep onset time and sleep quality.

The other 55 patients received usual medical care and an opportunity for exercise counseling after the study concluded. “Traditionally, physical activities have not been emphasized in lung cancer patients due to concerns about fragility and limited cardiopulmonary function,” Lin said. “However, we found that home-based walking programs may be a safe and feasible way to improve emotion and sleep quality.”

The study also looked at circadian rhythms, sometimes known as the body clock or rest-activity rhythms. In this case, researchers measured how consistently patients woke and went to sleep at the same times each day.

They found that exercise was linked to improved sleep quality. People whose circadian rhythms were most disrupted got the most benefit.

These rhythms are believed to influence several aspects of health such as heart rate, sleep, inflammation and metabolism. Altered circadian function can increase risk for a number of chronic diseases, Lin said.

“Clinicians have discovered that cancer patients with a dismal prognosis but who have an intact circadian rhythm live much longer than expected,” said Jim Grutsch, epidemiology professor at the University of Illinois School of Public Health in Chicago who also conducts cancer research on behalf of the Cancer Treatment Centers of America in Zion, Illinois.

This study is the first randomized controlled trial that examines the long-term effects of walking programs on lung cancer patients by measuring data six months later, not just 30 or 90 days later, the study authors write in the British Journal of Cancer.

One limitation of the study, however, is that it uses a home-based walking program, which can contain biased self-reported data from patients, Grutsch said by email. In addition, the study didn’t measure at what point patients exercised during their circadian cycle, which can affect health outcomes, he noted.

“Most cancer patient research focuses on exercise and nutrition. We often forget sleep,” said Ann Berger, professor of nurse oncology at the University of Nebraska Medical Center in Omaha. In a book scheduled for release in December, Berger writes about the positive effects of exercise and sleep on cancer patients.

Since 2000, groups such as the Oncology Nursing Society have looked for more ways to improve cancer patient outcomes through sleep, exercise, meditation and behavioral therapy, Berger told Reuters Health.

“This focus is a reflection of the survivorship movement with cancer patients,” Berger said. “We need to help our millions of cancer survivors to stay healthy and prevent cancer reoccurrence and heart disease.”

In the U.S., lung cancer is the leading cancer killer of both men and women, according to the American Lung Association. In 2016, an estimated 225,000 new cases of lung cancer will be diagnosed.