What we choose to wear on our feet plays a big role in the injuries and trauma our feet can sustain. 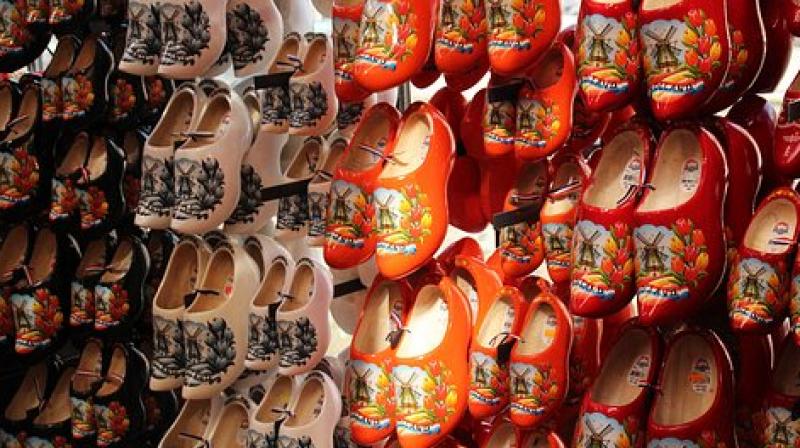 The unexpected prevalence of damage in the farmers' foot bones is more than just a historical curiosity. (Photo: Pixabay)

A team of researchers has discovered a pattern of unusual bone chips in the feet of clog-wearing 19th-Century Dutch farmers - injuries that offer clues to the damage we may unwittingly be causing to our own feet.

The unexpected prevalence of damage in the farmers' foot bones is more than just a historical curiosity; the researchers believe their findings provide new insights into how some micro-injuries happen.

"What we choose to wear on our feet plays a big role in the injuries and trauma our feet can sustain," said co-author Andrea Waters-Rist from the Western University.

The team examined bones excavated during the relocation of a church cemetery in the tiny village of Middenbeemster, near Amsterdam. Using osteobiography and paleopathology methods as well as stable isotope analysis and mass spectrometry on about 500 skeletons from the dairy-farming area, they have been able to reconstruct the group's diet, disease and overall health.

"They're like craters in the bones, at the joints, as if chunks of bone have just been chiselled away," Waters-Rist said. "We didn't need a microscope to see them, they were that obvious."

The incidence of OD in most populations is rare, less than one percent. But in this group, fully 13 per cent had the injury and it was only in their feet.

Researchers concluded that wooden shoes - ubiquitous farmer clogs called klompen - were partly to blame. "These shoes are hard and inflexible and are poor shock-absorbers. This was a time before industrialization and you can imagine people using their clog-covered feet to hammer, stomp, or kick an object into place, inflicting impact injuries in their feet," Waters-Rist said. "Wearing these clogs, combined with heavy physical activity, these farmers suffered repeated micro-trauma to their foot bones."

Now, almost 200 years later, researchers said that it's a clear indication of how footwear can damage our bones in obvious and subtle ways. Said, Waters-Rist, "Look at what high heels do: the constriction of our toes, the strain it places on our joints. If bio-archeologists were to come along in 100 or 500 years and look at the bones of our feet -- would they ask, what on Earth were these people wearing?"

The study is published in the International Journal of Paleopathology.