Here are reasons coffee is actually good for body

Every additional cup of coffee one drinks per day was correlated with a 7 percent reduced risk for developing Type 2 diabetes. 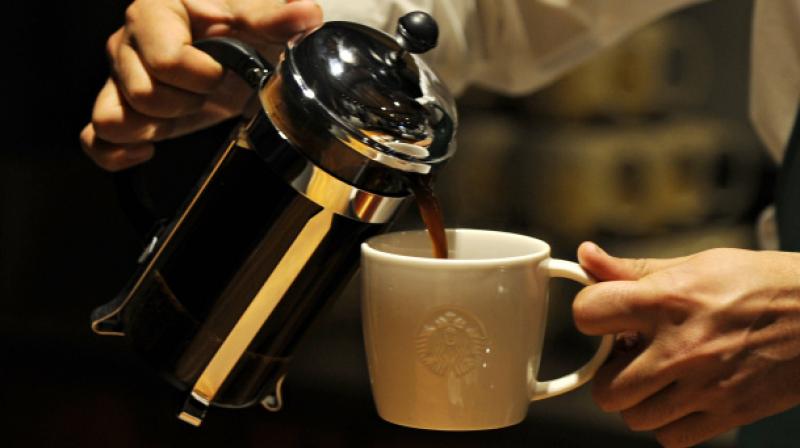 It is possible to overdo on caffeine with many heavy coffee drinkers surpassing recommended limit of 400 mg of caffeine per day. (Photo: AFP)

Caffeine is the most commonly used psychoactive drug in the world. It helps to wake us up properly and keep us running throughout the day, even providing us with energy boosts when we need.

However, there are times when people worry when should they limit their coffee consumption or cut it out completely. While it is possible to overdo on caffeine, many heavy coffee drinkers surpass the recommended limit of 400 mg of caffeine per day, and that can cause insomnia, restlessness, or a fast heartbeat, especially if consumed too fast.

There are plenty of foods and drinks that most of us should consume less. But here's why coffee shouldn't be on that list.

Heart disease: A review of more than 200 studies found that people who drank three or four cups of coffee per day were 19 percent less likely to die from cardiovascular disease.

Type 2 diabetes: One review found that every additional cup of coffee one drinks per day was correlated with a 7 percent reduced risk for developing Type 2 diabetes.

Alzheimer's disease and dementia: A meta-analysis of studies about coffee intake and brain health calculated that regular coffee drinkers were approximately 16 percent less likely to suffer from Alzheimer's, dementia, or cognitive decline. There are smaller studies that suggest drinking coffee can lead to even bigger risk reductions for Alzheimer's.