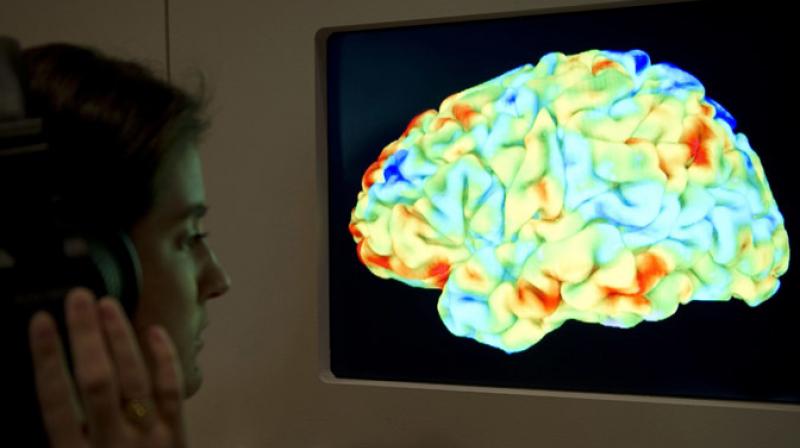 It seems that there is a shift in the maturation of the brain but later in life it is caught up (Photo: AFP)

New Delhi: In a latest study it has been found out that people diagnosed with attention deficit hyperactivity disorder (ADHD) have smaller brain volume than those without the disorder.

Attention deficit hyperactivity disorder (ADHD) affects children and teens and can continue into adulthood. ADHD is the most commonly diagnosed mental disorder of children. Children with ADHD may be hyperactive and unable control their impulses. Or they may have trouble paying attention. These behaviors interfere with school and home life

For the study, the researchers re-examined data collected by a variety of ADHD studies at 23 research sites around the world. Participants included a total of 1,713 people with a diagnosis of ADHD and 1,529 people without a diagnosis, ranging in age from 4 to 63 years old.

Within these studies, MRI scans measured each participant's overall brain volume plus the volume of seven brain regions thought to be linked to ADHD: the pallidum, thalamus, caudate nucleus, putamen, nucleus accumbens, amygdala and hippocampus.

The aim of the new research was to address weaknesses in the existing research, specifically small numbers of participants in each study and non-uniform analytical techniques. After gathering data, the research team applied a consistent method of analysis to all of it in their investigation of whether children and adults with ADHD had structural differences in their brains.

Lead author of the study Dr. Martine Hoogman said, "children with ADHD can out grow the disorder, adults do have a current diagnosis of ADHD, so this cannot explain this effect". She added, "It seems that there is a shift in the maturation of the brain but later in life it is caught up,".

Overall, the differences in volumes were very small and most likely would not have been found if the study size had not been so large, according to Hoogman. She added that similar differences in brain volume have been seen with other psychiatric disorders.

"Similar studies have been performed in schizophrenia, depression, OCD and Bipolar, and similar sized differences were found, some in overlapping regions and some in different regions," she wrote.