One of the best practices is not to portray suicide, period. 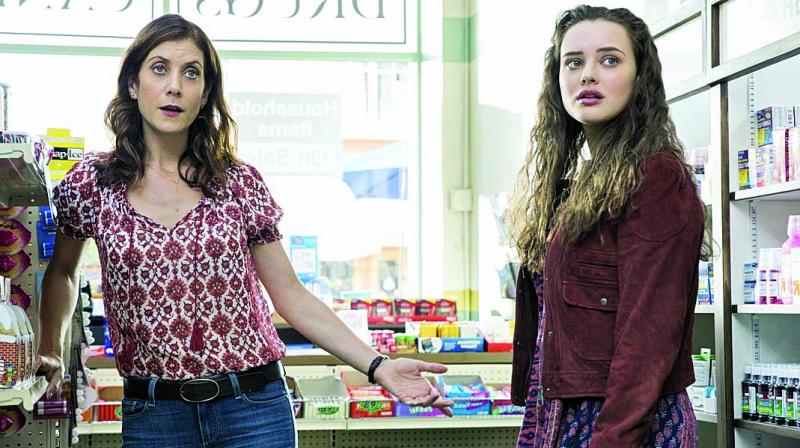 While “13 Reasons” raised a pop culture buzz amid concerns the show might trigger a wave of suicides. (Photo: File)

A report in the journal Pediatrics warns that watching “13 Reasons Why,” a popular Netflix series about a teen girl’s suicide, may be inadvisable for some youngsters.

Mental health professionals have raised alarms that the series - which closes with a graphic depiction of the main character killing herself - could push other young people toward suicide. The second season of the show will air on May 18, while the first season remains available on Netflix.

In an article titled, “13 Things Pediatricians Should Know (and do) About 13 Reasons Why,” Dr. Michael B. Pitt and colleagues of the University of Minnesota Masonic Children’s Hospital in Minneapolis encourage doctors to warn vulnerable young patients - and their parents - away from the show.

“The first thing that we have been surprised by is how few of our colleagues even know about this show,” Pitt told Reuters Health by email. While “13 Reasons” raised a pop culture buzz amid concerns the show might trigger a wave of suicides, he added, “there hasn’t been much digging deep into what the science was.”

Best practices established by the World Health Organization, the International Association for Suicide Prevention, the Centers for Disease Control and Prevention and others address how the media can portray suicide in ways that do not trigger “copycat” deaths among vulnerable individuals.

The CDC guidelines, published in 1994, state that simplistic explanations for suicide, reports that serve as a “how to” for suicide, and coverage that glorifies the person who died by suicide, among other factors, can promote suicide contagion.

“One of the best practices is not to portray suicide, period,” Pitt said. “What struck me watching this now as a parent is the nature of the kind of hero worship that happens. It essentially makes her the most popular kid in school after she’s killed herself.”

In reviewing records at their own health system, the authors identified more than 60 documented references to the show by 31 pediatric patients treated in the six months after “13 Reasons” first aired. Three-quarters of the patients were receiving treatment related to a suicide attempt, and more than half of the children’s parents said they feared the show had made their child’s mental health symptoms worse.

The authors urge pediatricians to follow the American Academy of Pediatrics’ new guidelines calling for universal depression screening for patients aged 12 and older, and to ask their patients about their media consumption.

“Physicians need to not only be aware of the show and the potential ramifications, but also really become comfortable asking their patients about whether or not they are thinking of suicide,” Dr. Kimberly O’Brien, a research scientist at Boston Children’s Hospital Education Development Center and an instructor of psychiatry at Harvard Medical School, told Reuters Health by phone. Dr. O’Brien’s research focuses on suicidal adolescents, but she did not take part in the new study.

O’Brien said she and her colleagues saw a “huge spike” in people admitted to inpatient psychiatric care who reported identifying with the show’s main character, and wanted to kill themselves like she did, in the few months after the show first aired in 2017. In recent years, she noted, suicide has climbed from the third to the second leading cause of death among teens.

“We’re also seeing a spike in attempts in this age range, and it’s disproportionately affecting certain demographics like sexual- and gender-minority youth,” she said.

While watching the show may not be harmful for someone who has never had suicidal thoughts, “for the kids who have been struggling with suicidal thoughts for perhaps their whole lives, this could be really detrimental for them to watch,” O’Brien said.

“I think really the most problematic piece of the whole show was how they depicted Hannah Baker’s suicide. I really feel they could have had the same positive impact without actually showing it in such graphic detail,” she added.

“I do have some hope for the second season that they will really listen to us and make the changes that need to be made,” she said.

In an email to Reuters Health, a Netflix spokesperson cited a recent survey from Northwestern University that found the show led to conversations about bullying, suicide and mental health between teens and their parents.

“That said, we want viewers to be informed and make the right choice for themselves and their families, which is echoed in the video warning message from the cast that plays before each season,” the spokesperson said, noting that Netflix offers a range of parental controls to restrict what kids can watch.