Here's how a new father views his relationship with his partner. 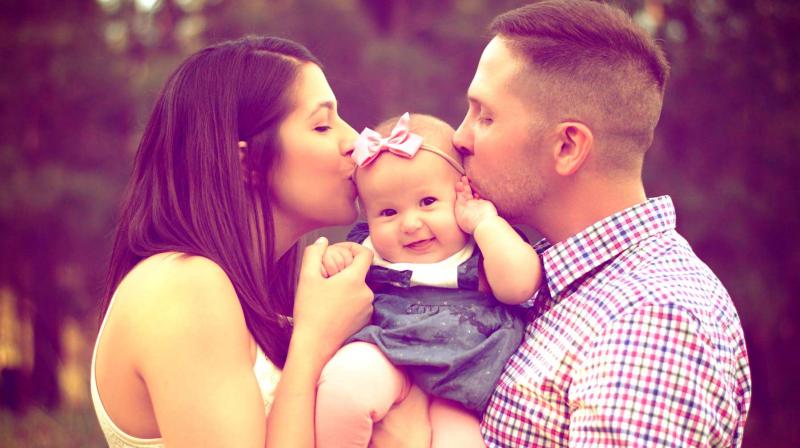 If mothers are critical and less supportive of their partners' parenting, it could have ramifications for the whole family dynamic. (Photo: Representational/Pixabay)

Washington: A lot changes between couples after they embrace parenthood. According to a recent study, confidence is the key to maintaining a loving relationship. According to recent findings, a father tends to feel closer to his partner, both as a co-parent and as a romantic partner, when he believes that she trusts him when it comes to taking care of their child.

"Fathers are more involved than they have ever been in parenting, but moms are still seen in our society as the expert caregivers. So, how mothers react to their partners' parenting matters a lot. It affects how new dads feel about their whole family situation, including his relationship with his wife or partner," said Anna Olsavsky, lead author of the study and a doctoral student in human sciences at The Ohio State University.

According to researchers, this study, published in the journal Family Process, is one of a few to focus on the transition to parenthood from the perspective of fathers. The researchers used data from the New Parents Project, a long-term study co-led by Schoppe-Sullivan that is investigating how dual-earner couples adjust to becoming parents for the first time. In all, 182 couples, most of whom were married, participated in this study.

The parents were assessed four times: when the mother was in her third trimester of pregnancy and when the baby was 3, 6 and 9 months old. When the baby was three months old, fathers answered questions about what researchers call "maternal gatekeeping," or how much the mother inhibits or welcomes the father's involvement in childcare.

Fathers reported how much they felt their partner "opened" or "closed" the gate on them when it came to interacting with the baby. For example, each dad reported on gate-closing behaviours such as how often his partner took over baby-related tasks because the mom thought he wasn't doing them properly or how often she gave him irritated looks about his parenting.

Examples of gate opening include encouraging the father to help bathe the baby, letting him know that she (mother) appreciates his contributions to parenting. When the baby was six months old, the fathers were asked about their co-parenting closeness with their partner. For example, they rated how much they felt they were "growing and maturing together through experiences as parents."

Finally, when the baby was nine months old, the fathers rated how good they felt about their romantic relationship with their partner. Results showed that whether the mother "opened" or "closed" the gate on the father had a significant impact on how he felt about their relationship as a couple. "If mothers are critical and less supportive of their partners' parenting, it could have ramifications for the whole family dynamic," Schoppe-Sullivan said.

But the flip side was also true: Gate opening had a positive effect on how the new dad viewed the couple's relationship. "There has been some work suggesting that gate opening may be viewed by fathers negatively as demands for them to be more involved in child-rearing, but that's not what we found," Olsavsky said.

According to the findings, the gate opening was perceived positively by fathers. They felt it improved their relationship as a couple. The researchers emphasised that it is important for both new parents to support each other. But, because of societal norms, fathers may need extra support.

There is this underlying assumption that mothers are experts when it comes to parenting. And they have more sources of support in society when it comes to how to be a good parent. On the other hand, researchers pointed out that fathers don't generally get that support from society. The only support they often get as parents are from their partner. That is why it is so important.