Bringing back the good old days

A play that explores the old-school love, leaving behind an air of nostalgia and cherish the bygone era. 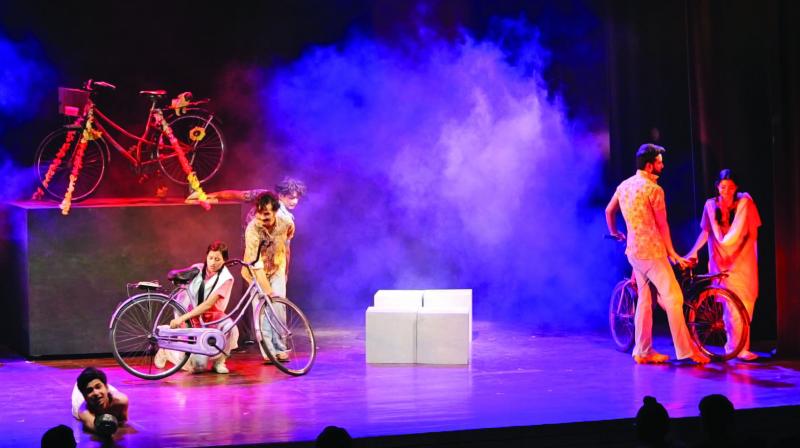 The play Prem Kabootar directed by Sameep Singh is a hilarious presentation of one of the best stories by Manav Kaul, which will keep tickling you throughout as you relive your own school days.

The play Prem Kabootar directed by Sameep Singh is a hilarious presentation of one of the best stories by Manav Kaul, which will keep tickling you throughout as you relive your own school days. 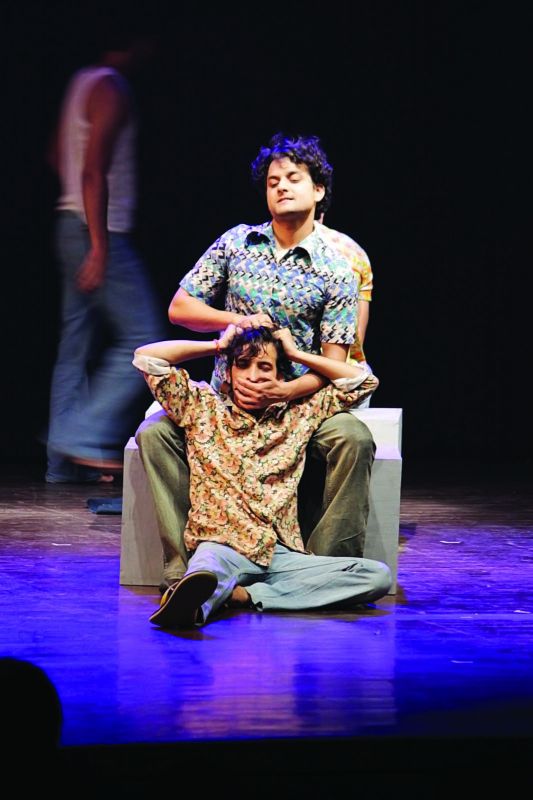 Saleem the tailor and a casanova, Raju the tea vendor and Suneel the Hindi film hero and villain — both in his own self create interesting characters in the play. Last but by no stretch the least is Meenakshi, the female lead of the play.

The play is set in a village at an era when owning a bicycle was a matter of pride an honour when display of love and attraction was kept under the wraps. Letters were exchanged to express love.

An ideal setting of a love triangle where Raju is mad about Meenakshi and Sunil loves her from the bottom of his heart too. There is a slight conundrum though, Raju is not educated enough to write a letter and seeks Sunil’s help to write the letter. 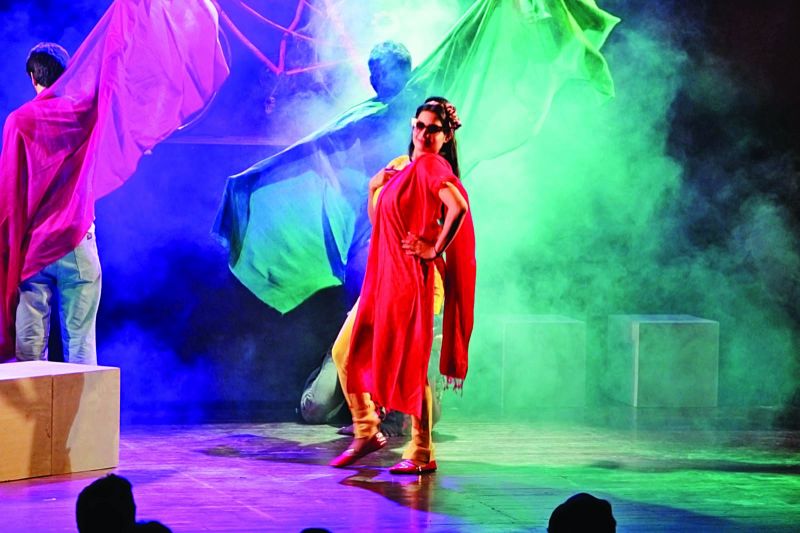 In a candid chat director Sameep Singh reveals most of the script is original and sometimes in the effort to make the story into a script, the originality is lost. “This is purely a story. When I was directing this story, I tried to keep the story in its original form. I wanted the audience to get the essence of the playwork of this story,” he says.

He further goes on to add that directing this play is an honour, “It was a different experience and I really enjoyed it.”

It is to be noted that the story of Prem Kabootar is like his own baby. He elaborates, “This story belonged to an era when the internet ceased to exist. In those days people expressed their feeling of love through letters,” drawing a comparison with present day where people are rarely seen without gadgets.

“There is an underlying purity of emotions that exists in this play. I wanted to keep this purity of emotions intact,” he explains, adding the play highlights a person’s emotion of writing a letter and then the bigger issue of sending that letter to the receiver. He expresses he has been upbeat about the fact that the play is meant to be enjoyed by all.

Talking about the hurdles he says, “If you direct any play, there are going to be challenges.” He points out, “With the advent of television and web series like Netflix etc why would a person spend money to buy a ticket to watch theatre? We had to work even harder to make the play visually interesting.”

He pointed out how people barely have time if compared a decade ago when plays would last for two and a half hours.

Despite all odds and challenges, there is still fun to direct a play, he says, “Theatre is an art. It is connected with creativity. There is always a satisfaction when you prepare a role and then after intense hard work on stage you get the applaud from the audience.” He concludes the conversation by advising all budding actors and directors, “People nowadays think that if money is paid, they’d become an actor or a director. I feel there must be an artist inside a person who sees things with an artistic perspective. You ought to have an artistic point of view.”