Here's a safe and effective way to whiten teeth 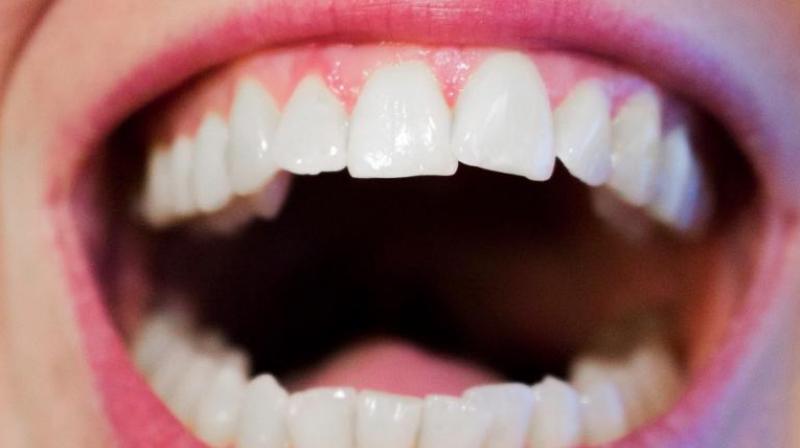 In the age of social media, everyone wants to have perfect pearly whites.

To get a brighter smile, consumers can opt for over the counter teeth-whitening treatments or a trip to the dentist to have their teeth bleached professionally.
However, both types of treatments can harm teeth.

According to a recent study, researchers have now developed a new, less destructive method.

Teeth can become discolored on their outer surfaces when people consume colored foods and drinks, such as coffee, tea or red wine.

As a result, many people turn to non-invasive whitening treatments that bleach the teeth. Currently, the most common bleaching agent is hydrogen peroxide, which steals electrons from the pigment molecules that cause teeth discoloration, and this process can be sped up by exposing teeth to blue light.

However, high concentrations of hydrogen peroxide can break down a tooth's enamel, causing sensitivity or cell death.

Therefore, Xiaolei Wang, Lan Liao, and colleagues wanted to see if a different blue-light-activated compound could be a safer, but still effective, alternative.

The team modified titanium dioxide nanoparticles with polydopamine (nano-TiO2@PDA) so that they could be activated with blue light. After four hours of treatment, the whitening level was similar to that obtained with hydrogen-peroxide-based agents.

The group noted that no significant enamel damage was found on the surface of the tooth, and the treatment was significantly less cytotoxic than hydrogen peroxide.

The full findings are present in the journal- ACS Biomaterials Science & Engineering.