Life   Health  19 Jul 2018  Why smog should not be your excuse to skip workouts
Life, Health

Why smog should not be your excuse to skip workouts

Exercise is good for your heart irrespective of air pollution, researchers say. 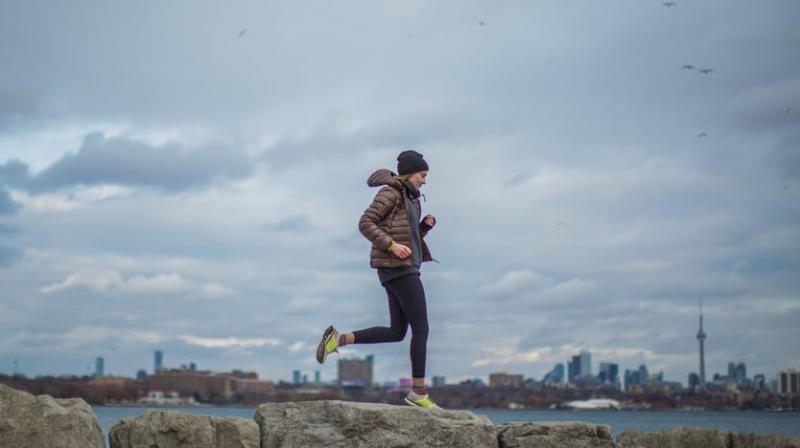 Even when traffic fumes permeate the air, it’s still better for your heart if you get outside and exercise than if you spend all day sitting inside, a recent study suggests.

While exercise has long been linked to a variety of health benefits including a reduced risk of cardiovascular disease, exposure to air pollution has been tied to an increased risk of heart attacks, asthma and chronic obstructive pulmonary disease (COPD), lead study author Nadine Kubesch of the University of Copenhagen in Denmark said in a statement.

For the study, Kubesch and her colleagues examined data on air pollution exposure, exercise habits, and hospitalizations or fatalities related to heart attacks for 51,868 adults in Denmark ages 50 to 65. During an average follow-up period of almost 18 years, 3,260 participants, or 6 percent, had either a first or recurrent heart attack.

Exercise, however, appeared to help even when people lived in polluted places. Adults who regularly played sports in regions with high levels of air pollution, for example, were 21 percent less likely to have a heart attack than people who were inactive.

“Our study shows that physical activity even during exposure to air pollution . . . can reduce the risk of heart attack,” Kubesch said in a statement. “Our research supports existing evidence that even moderate levels of regular physical activity, such as active commuting, are sufficiently intense to get these health benefits.”

The researchers looked at sports, cycling, walking and gardening and found all of these activities, except taking a stroll, associated with a lower risk of heart attack.

Among people who already had a history of heart attack, cycling, gardening and walking were all associated with a lower risk of a repeat episode. It didn’t take much to make a difference, either.

Compared with people who got less than a half hour per week of any physical activity, those who got anywhere from a half hour to four hours of exercise were 23 percent less likely to have a first heart attack and people who worked out more than four hours had 28 percent lower risk.

When researchers looked only at outdoor physical activity, a half hour to four hours per week was associated with a 19 percent lower first heart attack risk and more than four hours was linked to a 24 percent lower risk.

For repeat heart attacks, outdoor exercise also appeared to help: a half hour to four hours of activity was linked to a 45 percent lower risk of another heart attack, and more than four hours cut the risk in half.

The study wasn’t a controlled experiment designed to prove whether or how pollution exposure or exercise habits might directly impact heart attack risk. Another limitation is that researchers lacked data on any changes in participants’ exercise habits or exposure to air pollution over time.

In addition, the study region did not include areas with exceptionally high pollution levels, so the results cannot be generalized to those conditions.

It’s also important to note that exercising in a place with higher air pollution will not be as beneficial as the same physical activity in a place with cleaner air, said Dr. George Thurston, director of the Program in Human Exposures and Health Effects at New York University School of Medicine in New York City.