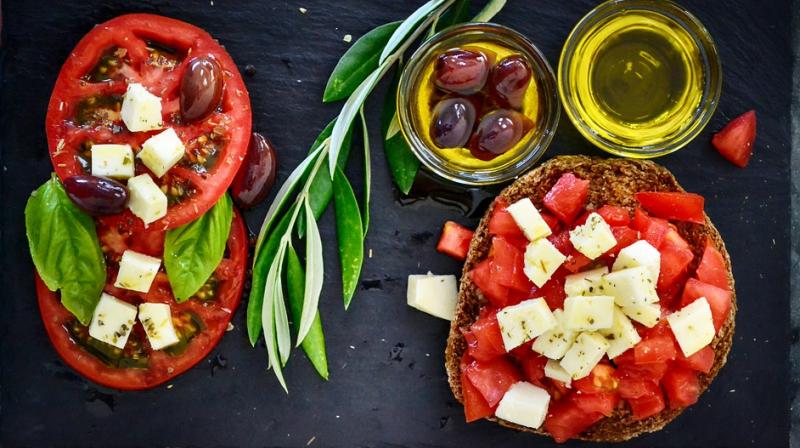 Washington: Pregnant women at high risk for developing gestational diabetes may be less likely to experience this complication when they switch to a Mediterranean diet instead of sticking with their usual eating habits, a recent experiment suggests.

Researchers studied 1,252 women who had obesity, high blood pressure or elevated cholesterol before they conceived - all so-called metabolic risk factors that increase the risk of gestational diabetes during pregnancy. Midway through the pregnancy, researchers randomly assigned roughly half of these women to switch to a Mediterranean diet rich in nuts, extra virgin olive oil, fruit, vegetables, whole grains and legumes and low on sugary foods as well as red and processed meat. The remaining mothers continued their usual diets, according to the report in PLoS Medicine.

Compared to women who didn’t change their eating habits, mothers who switched to the Mediterranean diet were 35 per cent less likely to develop gestational diabetes, a version of the disease that shows up for the first time during pregnancy.

With the Mediterranean diet, women also gained less weight: an average of 6.8 kg (15 pounds) versus 8.3 kg (18 pounds) for the control group of mothers on their usual diets. “A Mediterranean diet has been shown to reduce the risk of type 2 diabetes and cardiovascular complications in the non-pregnant population,” said Shakila Thangaratinam, senior author of the study and a researcher at the Queen Mary University of London in the UK.

“This is the largest study in pregnancy to show that Mediterranean diet minimises the risk of gestational diabetes and weight gain,” Thangaratinam said by email. “It is relatively easy to follow the diet, with large benefits.”

All of the women in the study received prenatal care, were advised on healthy eating habits during pregnancy, and given folic acid and vitamin D supplements to promote infant health. Women in the Mediterranean diet group were also given a daily portion of nuts as well as a weekly portion of extra virgin olive oil to use as their main cooking fat. The California Walnut Commission and Blue Diamond Growers Association donated walnuts and almonds.

While the risk of overall complications for mothers and babies did appear slightly lower with the Mediterranean diet, the difference was too small to rule out the possibility that it was due to chance. Even so, the study team concludes that a Mediterranean diet supplemented with nuts and extra virgin olive oil may help lower women’s’ risk of gestational diabetes or excessive weight gain during pregnancy.

More research will be needed, however, to understand how prenatal exposure to this type of diet might impact outcomes for children like their risk of obesity, allergies or asthma, the researchers note.