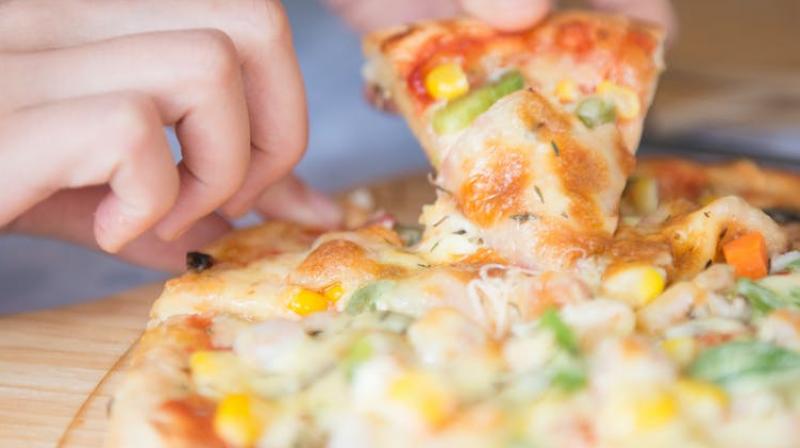 London: Vegans, we have some important news for you.

One of the world's biggest Pizza brand, Pizza Hut, is all set to launch vegan cheese in Britain, reports The Independent.

Vegan food company Violife has announced that the pizza chain is going to be trialling their vegan cheese on pizzas for eight weeks.

From 2nd October to 26th November, vegans will have the opportunity to indulge in a pizza feast with their omnivore pals, rather than being consigned to the salad bar.

But as well as the limited time frame, the vegan pizzas will only be available in five branches: Canterbury, Chatham, Thanet, Bluewater and Crawley.

"While it might've taken a while for Pizza Hut to catch onto the vegan trend, it's great to see vegan options becoming even more accessible," said Nathaniel Wallis, owner of Veggie Athletic.

Adding, "Social media has gone crazy over the news and hopefully that means we'll see the trial eventually spread to the rest of the UK."

Pizza Hut isn't the first chain to get on board the vegan pizza train though - Zizzi, Pizza Express, Ask Italian and MOD Pizza all offer "vegan mozzarella alternatives" on their pizzas.