According to scientists, vitamin C can help slow down ageing and protect body against high blood pressure. 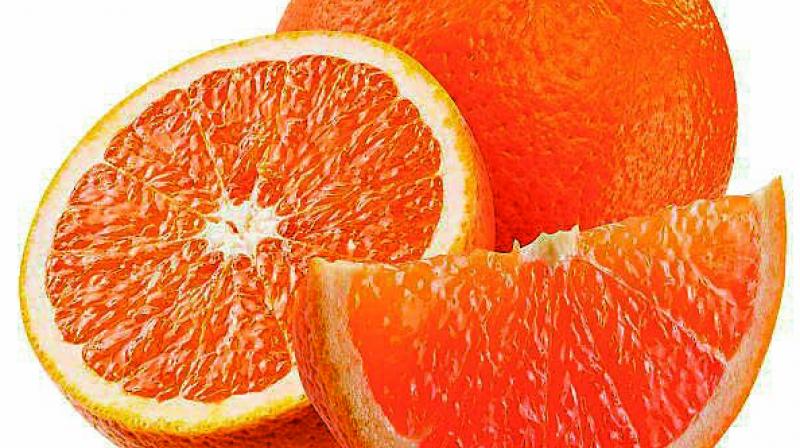 It turns out that citrus fruits - oranges, lemons, grapefruits - might be even better for the human body than most other fruits.

According to a story published in The Sun, nutritionists Dr Sarah Brewer and Juliette Kellow say citrus fruits are the key to stay young and living long.

In their book, "Eat Better, Live Longer: Understand What Your Body Needs to Stay Healthy", they recommend eating at least one orange, grapefruit, lemon or lime a day.

Speaking to The Sun, Dr Brewer said that citrus fruits contain antioxidant polyphenols and vitamin C which protect cells from the damaging effects of free radicals.

He added, “Vitamin C helps to lower cholesterol levels by promoting the conversion of cholesterol to bile acids. Antioxidants in general also lower cholesterol by protecting circulating LDL (bad cholesterol) particles from oxidation so they return to the liver for recycling rather than contributing to furring up of the arteries."

In conversation with The Sun, Sophie Bertrand, Registered Associate Nutritionist at Rhitrition added that Vitamin C is a water-soluble vitamin and is needed for normal growth and development. Water-soluble vitamins dissolve in water meaning that leftover amounts of the vitamin leave the body through urine.

Sophie continued that Vitamin C is an antioxidant that helps to block some of the damage caused by free radicals that is believed to contribute to the ageing process.

Here’s why one should consume more of citrus fruits.

Wrinkles: There are three antioxidants that have been proven to decrease and protect skin damage - selenium, vitamin E and vitamin C. One can get selenium from Brazil nuts, fish (particularly tuna) and most meats, while vitamin E is mostly found in nuts, seeds and vegetable oils. Vitamin C can be used to make collagen, which helps to repair skin tissue and make them look smoother.

A 2015 study published in the journal Clinical, Cosmetic and Investigational Dermatology, found that topically applied vitamin C is highly efficient as a rejuvenation therapy, inducing significant collagen synthesis in all age groups with minimal side effects.

Heart disease: In 2015, Danish scientists analysed data from 100,000 Danish people and looked at their dietary patterns. They found that those who ate more fruit and vegetables had a 15 per cent lower risk of cardiovascular disease than those who never ate them. They also had a 20 per cent lower risk of early death from all causes. The study found that those who had the highest levels of vitamin C in their blood had the lowest risk of heart disease and early death.

Cholesterol: Vitamin C is a very strong antioxidant, which helps to product against LDL cholesterol and can help to prevent.

In controlled trials published between 1970 and 2007, people with high cholesterol were given vitamin C supplements for between three and 24 weeks. Scientists found that having at least 500mg/d of the stuff for a minimum of four weeks can result in a significant decrease in LDL cholesterol and triglyceride concentrations.

Cancer: Very high doses of vitamin C, when injected directly into patients, have been found to be effective in fighting cancer.

Metro.co.uk reports Dr Brewer and Kellow as saying that many studies show diets high in citrus fruits protect against many diseases, including cancer, arthritis, heart disease, cataracts, and diabetes.