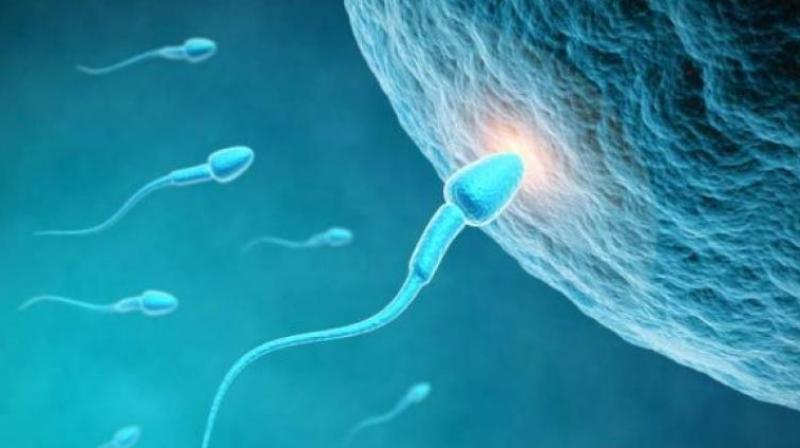 New Delhi: Regular practice of Yoga by men can reduce the incidence of recurrent spontaneous abortion as it improves the quality of sperm DNA, according to a study conducted by the All India Institute of Medical Sciences (AIIMS), New Delhi.

The study was conducted by experts from the Department of Anatomy in collaboration with the Department of Obstetrics and Gynaecology and was published in Andrologia in October and the International Journal of Scientific Research, February edition.

As part of the study, 60 male partners in couples with idiopathic recurrent spontaneous abortions were made to practice Yoga regularly, said Rima Dada, professor in-charge of Laboratory of Molecular Reproduction and Genetics, Department of Anatomy at AIIMS.

"These men had no history of performing Yoga prior to inclusion in the study. They were made to do yoga for 90 days. These had seminal oxidative stress (excess free radicals) and sperm DNA damage which impairs normal embryonic development post fertilisation and thus results in abortion," Dada said.

"Mature sperm has a very basic and incomplete DNA repair mechanism, thus it is better to follow a policy of prevention is better than cure by following a healthy lifestyle (increased intake of whole unprocessed plant based foods) and minimising exposure or intake of factors causing oxidative stress that compromise genomic integrity," she said.

The adoption of yoga has shown to lower OS, reduce DNA fragmentation, and thus improve genomic integrity and normalise sperm transcripts, positively impacting the sperm epigenome. This may aid in normal embryonic development and reduce incidence of genetic and epigenetic defects in the offspring and reduce incidence of spontaneous abortions, she said.