Research shows wounds may heal slowly due to e-cigarette vaping

The adverse effects of traditional cigarette smoking on wound healing has been well established in the surgical field. 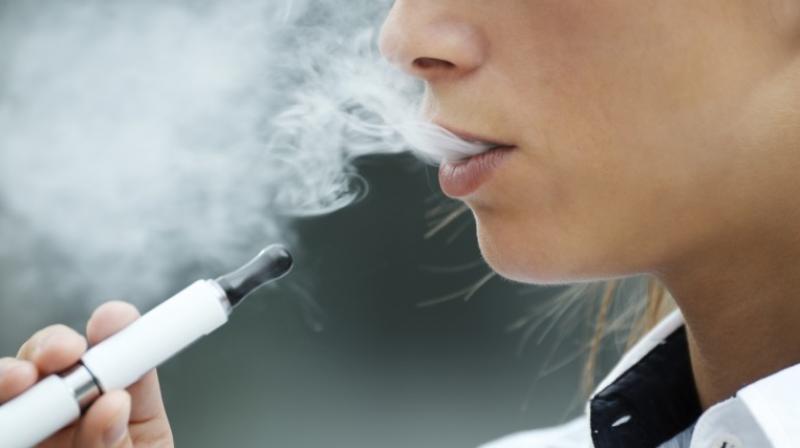 Providers, and patients, need to understand the risks of both types of smoking (Photo: AFP)

Researchers from Boston Medical Center (BMC) in the US found exposure to both e-cigarette vaping and traditional cigarettes in experimental models resulted in increased tissue death, which delays wound healing.

These findings, published in the journal JAMA Facial Plastic Surgery, provide important information for providers on how to counsel their patients considering surgery on the negative impacts of both traditional and e-cigarettes on their wound healing progress and safety.

The adverse effects of traditional cigarette smoking on wound healing has been well established in the surgical field, researchers said.

Surgeons recommend that patients quit smoking for several months prior to surgery, whenever possible, they said.

The researchers exposed experimental models to one of the following: traditional cigarettes, electronic cigarettes, or to no cigarettes.

They checked serum cotinine levels, a biomarker for exposure to tobacco smoke, in both positive control and experimental groups to ensure comparable nicotine exposure was achieved in both these groups.

The researchers then created skin flaps, which were grafted back on each of the models from which it was created, and monitored the grafts daily for viability and wound healing.

After two weeks, the researchers found that the there was a statistically increased rate of tissue death on grafted flaps in groups exposed to either e-cigarettes or traditional cigarettes.

"Based on our findings, e-cigarettes are not a safe alternative to traditional cigarettes as it relates to timely wound healing," said Jeffrey Spiegel, chief of facial plastic surgery at BMC.

"Providers, and patients, need to understand the risks of both types of smoking so that they can make the best decision to keep the patient as safe as possible before and after surgery," Spiegel said.