Life   Health  19 Oct 2018  Why combination of probiotics and antibiotics is good for wounds
Life, Health

Why combination of probiotics and antibiotics is good for wounds

There is a lot of bacteria that is resistant to antibiotics. 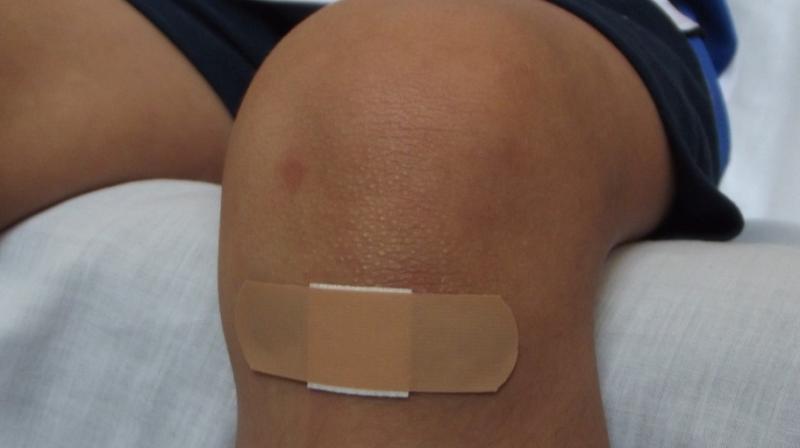 Washington: A combination of probiotics and antibiotics could eradicate two strains of drug-resistant bacteria that often infect wounds.

According to researchers at the Massachusetts Institute of Technology, if the probiotic/antibiotic combination is shown to be successful in future tests in animals and humans, it could be incorporated into dressings for wounds, where it could help heal infected chronic wounds. The study was published in Advanced Materials.

"There are so many bacteria now that are resistant to antibiotics, which is a serious problem for human health. We think one way to treat them is by encapsulating a live probiotic and letting it do its job," said Ana Jaklenec.

The human body contains trillions of bacterial cells, many of which are beneficial. In some cases, these bacteria help fend off infection by secreting antimicrobial peptides and other compounds that kill pathogenic strains of bacteria. Others outcompete harmful strains by taking up nutrients and other critical resources.

Scientists have previously tested the idea of applying probiotics to chronic wounds, and they've had some success in studies of patients with burns, said lead author Zhihao Li.

However, the probiotic strains usually can't combat all of the bacteria that would be found in an infected wound. Combining these strains with traditional antibiotics would help to kill more of the pathogenic bacteria, but the antibiotic would likely also kill off the probiotic bacteria.

The MIT team devised a way to get around this problem by encapsulating the probiotic bacteria so that they would not be affected by the antibiotic. Additionally, the researchers also found that alginate is a component of the biofilms that clusters of bacteria form to protect themselves from antibiotics.

The researchers envision that this approach could be used to develop new types of bandages or other wound dressings embedded with antibiotics and alginate-encapsulated probiotics.