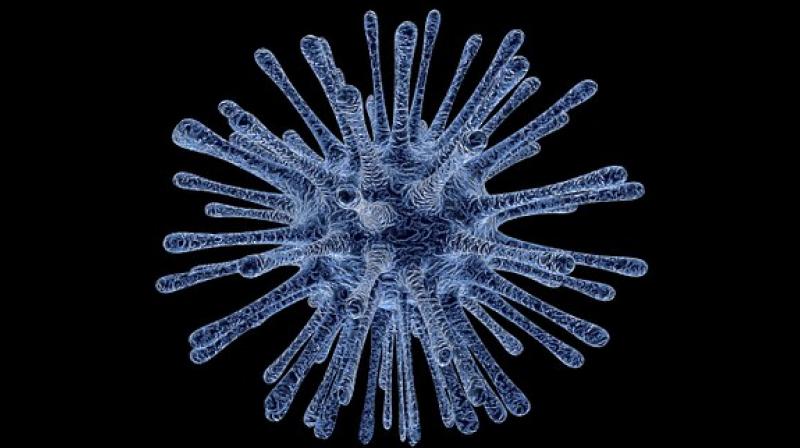 Applications of CUTseq are not only limited to cancer diagnostics, according to the researchers behind the new method. (Photo: Representational/Pixabay)

Washington: In a recent study conducted by the researchers at Karolinska Institute in Sweden, a new cheap method has been developed that can identify highly heterogeneous tumours which can become very aggressive in future and therefore needs to be treated more aggressively.  The study was published in the journal, 'Nature Communications.'

A common feature of cancer cells is alterations in the number of copies in which each chromosome or gene is present in the genome - a phenomenon known as copy number alterations or CNAs. Within the same tumour, cells belonging to different anatomical parts of the tumour may carry different CNAs. Tumours with many CNAs are typically very aggressive and tend to reform more often, even after harsh treatments.

The Bienko-Crosetto Laboratory at Karolinska Institute and Science for Life Laboratory in Sweden have developed a new genomic method, named CUTseq, which can assess the amount and type of CNAs in many different parts of the same tumour, at a much lower cost than existing technologies.

Nicola Crosetto, a senior researcher at the Department of Medical Biochemistry and Biophysics, said, "I expect that CUTseq will find many useful applications in cancer diagnostics. Multi-region tumour sequencing is going to be increasingly used in the diagnostic setting, in order to identify patients with highly heterogeneous tumours that need to be treated more aggressively. I believe that our method can play a leading role here."

The method works with DNA extracted from multiple biopsies and even from very small portions of thin tissue sections - the type of sample that pathologists commonly rely on to make a diagnosis of cancer under the microscope.

By tagging the DNA extracted from multiple regions of the same tumour sample with unique molecular barcodes, a comprehensive picture of the heterogeneity of CNAs in a tumour can be obtained with a single sequencing experiment. Applications of CUTseq are not only limited to cancer diagnostics, according to the researchers behind the new method.

"For example, CUTseq could be used as a platform for cell line authentication and to monitor genome stability in large cell line repositories and biobanks," said Magda Bienko, a senior researcher at the same department. "It could also be applied in ecology, as an alternative to other reduced representation genome sequencing methods, such as RAD-seq, to assess biodiversity in a cost-effective way," Bienko added.