The recommended amount is one handful per day. 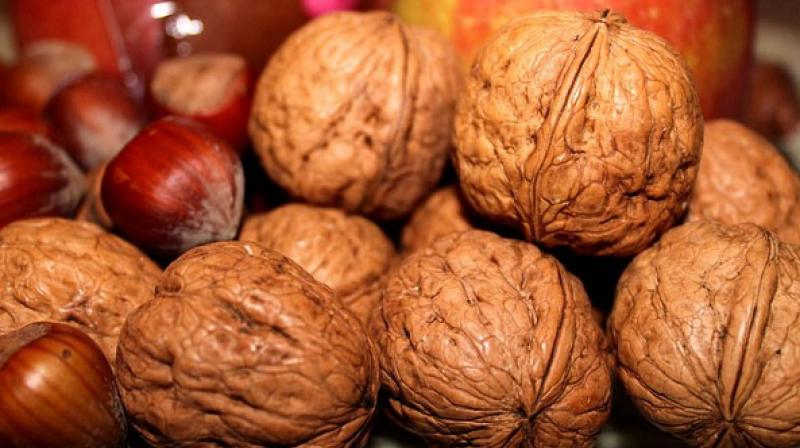 In the past, studies on walnuts have shown beneficial effects on many health outcomes like heart disease, diabetes and obesity. (Photo: Pixabay)

Washington: Eating walnuts may be key to a happier state-of-mind, say scientists who found that the nuts help improve mood, especially in young men. In this first intervention study in humans, researchers measured the effect of walnut consumption on mood.

"In the past, studies on walnuts have shown beneficial effects on many health outcomes like heart disease, diabetes and obesity," said Peter Pribis, professor at University of
New Mexico. "Our study was different because we focused on cognition, and in this controlled randomised trial (CRT) we measured mood outcomes in males and females," he said.

While eating banana bread with walnuts the participants consumed half a cup of walnuts daily. The mood of the students was measured at the end of each eight-week period. "We used a validated questionnaire called Profiles of Mood States (POMS),"  said Pribis. "It is one of the most widely used and accepted mood scales in studies on cognition," he said.

"There was a meaningful, 28 per cent improvement of mood in young men," said Pribis.
"However we did not observe any improvement of mood in females," he said.
There are several nutrients in walnuts that could be responsible for the improved mood like alpha-Linolenic acid, vitamin E, folate, polyphenols or melatonin. However, this was a whole food study, so in the end it was the synergy and interaction of all the nutrients in the walnuts combined.

"Walnuts not only good for your mood, but overall health as well. The recommended amount is one handful per day," Primis said.