Anxiety can be tackled by stimulating brain activity

People may also be more likely to benefit from strategies that boost the brain's dorsolateral prefrontal activity. 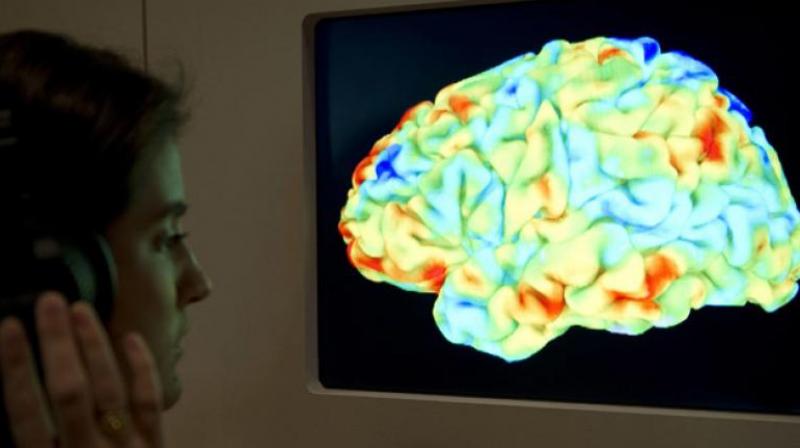 These findings help reinforce a strategy whereby individuals may be able to improve their emotional functioning (Photo: AFP)

The study found that people at-risk for anxiety were less likely to develop the disorder if they had higher activity in a region of the brain responsible for complex mental operations.

They may also be more likely to benefit from strategies that boost the brain's dorsolateral prefrontal activity, including cognitive behavioural therapy, working memory training, or transcranial magnetic stimulation (TMS).

"These findings help reinforce a strategy whereby individuals may be able to improve their emotional functioning - their mood, their anxiety, their experience of depression - not only by directly addressing those phenomena, but also by indirectly improving their general cognitive functioning," said Ahmad Hariri, from the Duke University in the US.

Previous findings show that people whose brains exhibit a high response to threat and a low response to reward are more at risk of developing symptoms of anxiety and depression over time.

"We wanted to address an area of understanding mental illness that has been neglected, and that is the flip side of risk," Hariri said.

"We are looking for variables that actually confer resiliency and protect individuals from developing problems," he said.

For the study, published in the journal Cerebral Cortex, the researchers followed 120 students. Each of them completed a series of mental health questionnaires and underwent a type of non-invasive brain scan called functional Magnetic Resonance Imaging (fMRI) while engaged in tasks meant to activate specific regions of the brain.

The participants also viewed angry or scared faces to activate a region of the brain called the amygdala, and played a reward-based guessing game to stimulate activity in the brain's ventral striatum.

"We found that if you have a higher functioning dorsolateral prefrontal cortex, the imbalance in these deeper brain structures is not expressed as changes in mood or anxiety," Hariri said.