Vaping while pregnant could cause birth defects: study 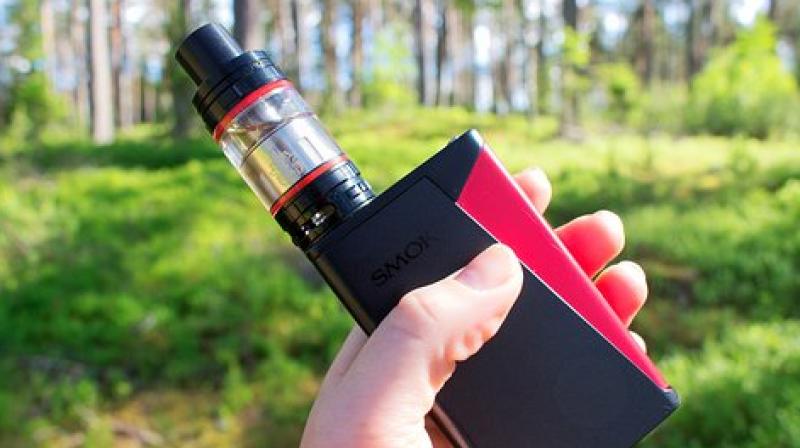 Smoking e-cigarettes during pregnancy could cause facial defects in the babies, a study warns.

The findings suggested that e-cigarettes pose health risks despite being widely considered a safer alternative to tobacco cigarettes.

Frogs, like other vertebrates, are similar to humans embryonically, said Amanda Dickinson, from the Virginia Commonwealth University (VCU) in the US.

"This means that if a chemical perturbs a frog embryo, its likely to do the same thing to a human embryo," Dickinson said, one of the authors of the study published in the journal PLOS.

Mammalian neural crest cells are also ideal models because they have a key role in embryonic facial development.

Damage to these cells in utero can cause craniofacial birth defects, said Rene Olivares-Navarrete from the VCU.

"Neural crest cells are extremely important in the development of craniofacial structures because they can form many different tissues like bones, cartilage, skin, teeth and glands," Olivares-Navarrete said.

E-cigarettes are connected to the pump, which "inhales" the vapour.

Vapour is created when e-liquids - blends of nicotine, propylene, glycol, vegetable glycerin and various flavouring compounds - are heated within e-cigarettes during inhalation.

The vapour is then collected in a syringe before it is infused into saline.

The researchers exposed the frog embryos to the saline- vapour mixture and recorded facial measurements and any incidents of cleft palates the embryos developed.

They tested the effects of the mixture on the viability and function of neural crest cells.

The results were surprising and strongly suggested using e-cigarettes could lead to birth defects, Dickinson said.

"We observed that very complex e-liquids that mix flavors, such as berries and creme and other food-related flavourings, may have the most dramatic effect on the face," Dickinson said.