Looking after our lungs

Environmental pollution and smog are increasing the risk of respiratory diseases in otherwise healthy adults in winter. 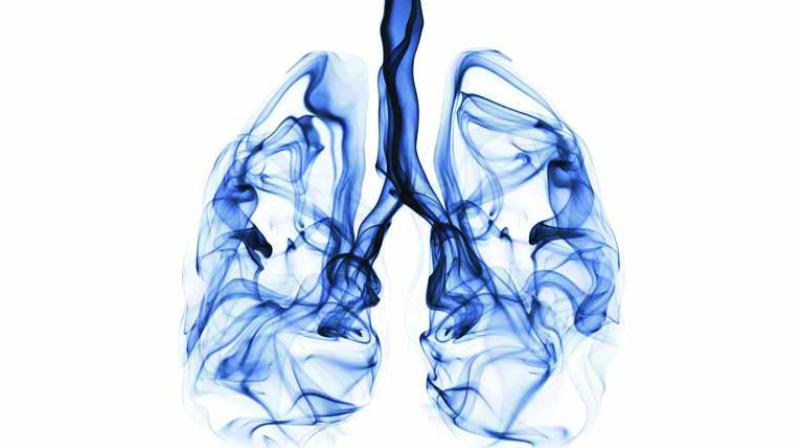 With the winter smog taking a toll on our lungs, breathing exercises and a diet rich in poultry and antioxidants can help keep them Healthy.

Particulate matter with an aerodynamic diameter less than 2.5 µm and ozone 3 are amongst the most studied air pollutants, as it is found that they can get deeper into the lungs and some can also enter the blood stream. Recently, a diplomat was found to have a compromised lung condition, when he went back to this country from Delhi. The doctors insisted that he had been smoking heavily; a claim he refuted. But his lungs were in a bad shape. A closer look revealed that he had spent three winters in Delhi and this could have possibly been the reason. Environmental pollution and smog are increasing the risk of respiratory diseases in otherwise healthy adults in winter, explains Dr A. Jayachandra, senior consultant pulmonologist at Virinchi Hospitals.

Q. Which pollutants in the air harm the lungs the most?

Particulate matter with an aerodynamic diameter less than 2.5 µm (PM2.5) and O3 are amongst the most studied air pollutants. The miniature size of the particles is directly linked to their potential for causing health problems. Particles less than 10 µm in diameter can get deeper into the lungs and some may even get into the bloodstream. Ozone, nitric oxide, sulphur dioxide and other gases qualify as human carcinogens, as they interact with organic and inorganic compounds.

Ozone is a cause of worry. It is found in two places, near the ground (troposphere) and in the upper atmosphere (stratosphere). Near the ground, it becomes a major part of the smog, leading to frequent asthma attacks in asthmatics. It is also one of the reasons for recurrent sore throats, coughs and breathing difficulties. Ground ozone also hurts plants and crops.

Q. What could be the quantum of exposure per day during the three months of winter and how would this exposure harm the human body?

According to the World Health Organization, the recommended PM 2.5 level is below 10 and an annual exposure to PM 2.5 of 35 microgram per meter cube or above is associated with 15 per cent higher mortality in the long run. The readings in 2017, have shown that the winters had 397 microgram per meter cube, which is 6.6 times higher than the standard level of 184 microgram per meter cube. These act as triggers, which affect the airways causing inflammation. This then leads to increased mucus production, airway muscle constriction and the swelling of the bronchial membranes, leading to wheezing, shortness of breath and chest tightness.

Q. Is there any difference in how the pollutants affect women and men?

It has been found that the effects are stronger in women as compared to men, in particular among older age groups. Studies of children suggest stronger effects of pollution among boys in early life, as compared to girls who have more susceptibility to pollution in later childhood. This difference in the gender susceptibility remains ambiguous, although some studies have postulated that:

2 Men have larger distribution volume for chemical particles due to body stature, height, weight and fat mass and hence are less susceptible.

Can the deterioration of the lungs be reversed?

In cases of bronchial asthma with proper medication and doctors’ guidance the condition can be reversed and kept in control to a large extent, although there is no permanent cure for it. Conditions such as COPD, RB-ILD and other smoke related issues can lead to progressive disease in the lungs, which may be partially reversible but only in some individuals.

The lungs are one of the strongest organs. Could breathing exercises help to keep them healthy?

Other exercises that can improve lung capacity are:

Food that keep the lungs healthy: