Climbing highest mountains in the world such as Mount Everest can actually cause psychosis, according to a study. 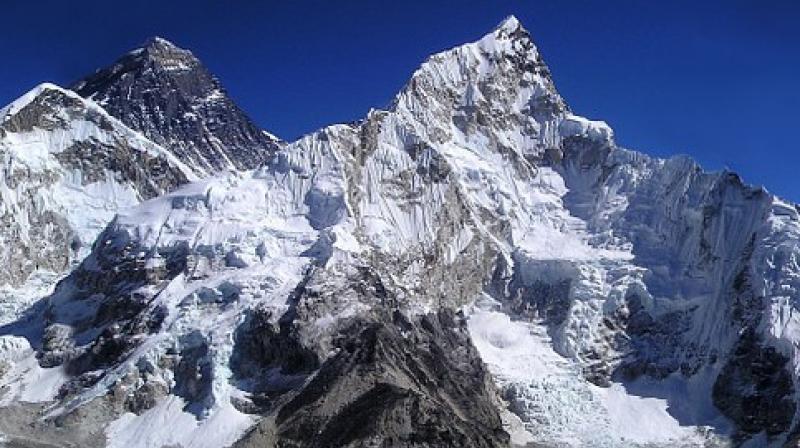 The isolated high-altitude psychosis is most likely to occur at heights exceeding 7,000 metres above sea-level. (Photo: Pixabay)

Climbing highest mountains in the world such as Mount Everest can actually cause psychosis, according to a study.

A team from Eurac Research in Italy and the Medical University of Innsbruck in Austria carried out an investigation into psychotic episodes at extreme altitudes and subjected these to systematic scientific analysis.

They discovered a new medical entity which they named the isolated high-altitude psychosis.

In the study published in the journal Psychological Medicine, researchers collected around 80 psychotic episodes taken from German mountain literature.

Up to now, doctors had attributed such syndromes, along with other acoustic, optical and olfactory hallucinations, to organic causes.

They frequently occur, along with symptoms such as severe headaches, dizziness and impaired balance, as side effects of a high-altitude cerebral oedema.

"The highest mountains in the world are maddeningly beautiful. It is just that we had no idea that they could actually drive us to madness as well," said Hermann Brugger, Head of the Institute of Mountain Emergency Medicine at Eurac Research.

Researchers cited the example of mountaineer Jeremy Windsor who experienced something very strange while climbing Mount Everest in 2008.

"Alone at an altitude of 27,000 feet, he encountered another man, named Jimmy, who offered words of encouragement and trekked alongside him before disappearing without a trace into the snow and ice," researchers said.

"In our study we found that there was a group of symptoms which are purely psychotic. Although they are indeed linked to altitude, they cannot be ascribed to a high-altitude cerebral oedema, nor to other organic factors such as fluid loss, infections or organic diseases," said Brugger.

The isolated high-altitude psychosis is most likely to occur at heights exceeding 7,000 metres above sea-level.

Researchers have only been able to speculate on the causes: it is possible that factors such as oxygen deficiency, the situation of being totally dependent on oneself and the early stages of swellings in certain areas of the brain could all be triggers for the psychosis.

The symptoms disappear completely as soon as the mountaineer leaves the danger zone and comes down from the mountain and there does not appear to be any consequential damage, researchers said.

"This discovery has allowed us to make a more thorough investigation of temporary psychoses in otherwise completely healthy people, an investigation which might yield important indications for the understanding of psychiatric diseases such as schizophrenia," said Katharina Hufner from University of Innsbruck.

The results of the study are also relevant, because the syndrome increases the risk of accidents.

"It is of the utmost importance that extreme mountaineers are fully apprised of these temporary phenomena, said Brugger.

"There are probably unknown numbers of unreported accidents and deaths caused by psychoses. So as to reduce the number of such accidents, it is of the greatest importance to disseminate cognitive coping strategies which the mountaineers themselves, or with the help of their partners, can apply directly whilst on the mountain," Hufner said.

The researchers plan to collaborate with Nepalese doctors by undertaking further investigations in the Himalayas. They hope to find out how frequently this disease occurs.