Life   Health  20 Feb 2018  Pakistan is the riskiest country for newborns according to UNICEF
Life, Health

Pakistan is the riskiest country for newborns according to UNICEF

The report said that after Pakistan, the Central African Republic is the next riskiest country for newborns, and Afghanistan is the third. 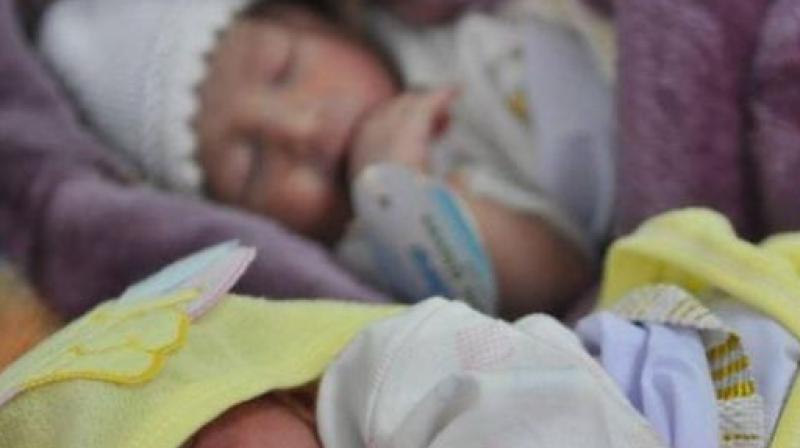 Islamabad: The U.N. children’s agency in a report released Tuesday singled out Pakistan as the riskiest country for newborns, saying that out of every 1,000 children born in Pakistan, 46 die at birth.

The report, with its dismal figures that show South Asia and sub-Saharan Africa as the worst places for a child to be born, is part of UNICEF’s new campaign, launched to raise awareness to bring down neonatal mortality rates.

Henrietta H. Fore, UNICEF’s executive director, said after the report’s release that though the world has “more than halved the number of deaths among children under the age of five in the last quarter century, we have not made similar progress in ending deaths among children less than one month old.”

“Given that the majority of these deaths are preventable, clearly, we are failing the world’s poorest babies,” she said.

UNICEF’s report said that after Pakistan, the Central African Republic is the next riskiest country for newborns, and Afghanistan is the third.

“Babies born in Japan, Iceland and Singapore have the best chance at survival, while newborns in Pakistan, the Central African Republic and Afghanistan face the worst odds,” it said, noting that “more than 80 percent of all newborn deaths are caused by three preventable and treatable conditions.”

The three are premature births, complications such as lack of oxygen at birth and neonatal infections, including sepsis and pneumonia.

UNICEF says as many as 3 million children could be saved each year with an investment in quality care at delivery.

In Pakistan, Dr. Khalid said 80 percent of newborn deaths could be prevented with skilled birth attendants.

“I feel that no matter what tools we send, or how much money you spend, unless you improve the quality and the skill of midwives,” babies in Pakistan will continue to die, she said.

“We have midwives in government hospitals who cannot deliver a baby,” she added. “We don’t need more doctors we need more skilled midwives.”

Khalid, who has conducted extensive research into mother and child health and has written international papers on the subject, said that lack of funding, corruption and misplaced government priorities all contribute to insufficient investments in the training of midwives.

“Every year, 2.6 million newborns around the world do not survive their first month of life,” said Fore. “One million of them die the day they are born.”