Waist-thigh ratio can be marker for diabetes: Researchers 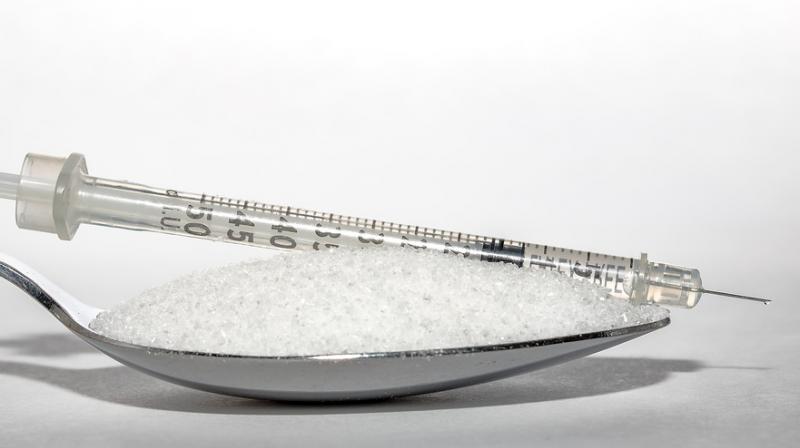 New Delhi: Experts have found that measurement of waist-thigh ratio can serve as a simple and cost-effective screening tool to identify people at a high risk of type 2 diabetes, a city-based hospital today claimed.

Researchers from the Department of Medicine at the Sir Ganga Ram Hospital (SGRH) here and Moti Lal Nehru Medical College, Allahabad, said, bigger the thighs, less were the chances of having diabetes.

The findings are based on a "retrospective analysis" done on 1,055 patients at the SGRH from March 2013 to September 2016, the hospital said in a statement.

The study titled -- Waist–thigh Ratio: A Surrogate Marker for Type 2 Diabetes Mellitus in Asian North Indian Patients -- was published recently in the Indian Journal of Endocrinology and Metabolism, it said.

Diabetes is a major challenge being faced by clinicians worldwide.

An estimated 415 million people suffered from diabetes worldwide in 2015. This may reach a staggering figure of 642 million by 2040 if this current trend continues, according to the study.

Type 2 diabetes, which is the most common form of diabetes, is a problem when the body causes blood glucose (sugar) levels to rise higher than normal.

"South East Asian diabetics may go up from 78.3 million in 2015 to 140.2 million by 2040. Of greater concern is the fact that almost half of these diabetics are undiagnosed," it said.

According to Dr S P Byotra, co-author and chairman,  Department of Medicine at the SGRH, "Mere diagnosis and treatment of diabetes will prove to be futile and uneconomical, unless we identify those at risk at an early stage. For this, we require simple and inexpensive screening tools that can be used easily, wherever and whenever required by clinicians."

The researchers found that a waist-thigh ratio (WTR) or WC (cms)/TC (cms) of 2.3 as a cut-off point, was a predictor of diabetes, the statement said.

"Simply put, a person having a WTR of less than 2.3, will be at a low risk of diabetes and may not require further investigations," Gogia claimed.

According to Atul Kakar, also co-author and senior consultant at the SGRH's Department of Medicine, "We Asian Indians have a larger tummy and thinner thighs and excess abdominal fat, making us more prone to diabetes."