The drugs, known as SGLT-2 inhibitors, work by removing blood sugar via the urine. 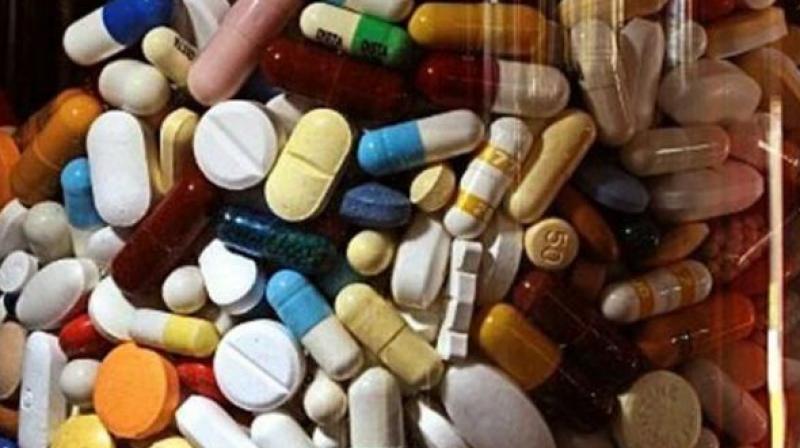 Heart disease is the number one killer of people with diabetes. (Representational Image)

A newer class of type 2 diabetes drugs significantly cut the risk of death and hospitalization for heart failure compared with other medicines for the disease, according to data released on Sunday from a so-called real world study sponsored by AstraZeneca.

The drugs, known as SGLT-2 inhibitors, work by removing blood sugar via the urine and include Astra's Farxiga, Jardiance from Eli Lilly and Co and Boehringer Ingelheim, and Invokana from Johnson & Johnson.

Jardiance caused a stir in 2015, when a clinical trial conducted to reassure it does not cause heart problems instead showed it reduced the combined risk of hospitalization for heart failure or death from heart failure by 39 percent in high risk patients. The heart benefit has since been incorporated into Jardiance's label.

AstraZeneca is conducting its own large clinical trials to determine the heart effect of Farxiga with results expected in 2019. But the latest data presented by Dr. Mikhail Kosiborod at the American College of Cardiology scientific meeting in Washington appears to indicate that heart protection is not limited to Jardiance.

"The fact that the results are remarkably consistent from country to country regardless of which compound predominates, that certainly seems to suggest that it's a class effect," said Kosiborod, a cardiologist from Saint Luke's Mid America Heart Institute in Kansas City. He noted that most Americans in the data were taking Invokana, while Farxiga was dominant in Europe.

The study, which analyzed data from more than 300,000 type 2 diabetes patients collected from six countries, found the SGLT-2 drugs slashed the combined risk of hospitalization for heart failure and death from any cause by 46 percent. The data was obtained from real-world sources, such as medical records, claims databases and national registers.

Most patients were taking Farxiga or Invokana with less than 10 percent on Jardiance. The comparator medicines included a wide variety of diabetes treatments, including metformin, DPP-4 inhibitors, such as Merck & Co's Januvia, and insulin, among others.

The vast majority of patients had no history of heart disease. But heart disease is the number one killer of people with diabetes, and mounting evidence of heart protective qualities of SGLT-2 drugs could lead to greater use.

"This class has a real potential of improving patient outcomes," Kosiborod said. Given the observational nature of the study the possibility of unmeasured confounding factors exists, researchers noted.