Experts believe that pollen allergies will only worsen with global warming, as pollen seasons are bound to get longer and pollen counts higher. 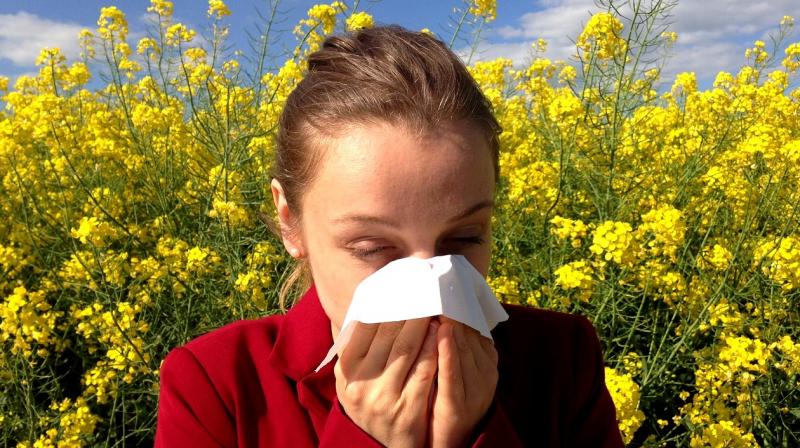 Taking a multifaceted approach can provide much needed relief from pollen allergies, which have plagued humankind throughout the millennia. (Photo: Representational/Pixabay)

Blooming spring flowers signal the beginning of spring, but for millions of people, they also signal the onset of the misery – allergy and asthma season. Itchy, watery eyes, sneezing, runny nose, cough and wheezing are triggered by an overreaction of the body to pollen.

Every spring, trees and grasses release billions of buoyant pollen granules into the air, using the wind to disperse them in an effort to reproduce. It’s all about survival, plants that release more pollen have the survival advantage.

If you suffer through the season, know that you are not alone. Throughout history, pollen has taken the fun out of spring for many. In modern times, however, medical science has identified practices and treatments that help. Fossilised specimens of pollen granules have been found predating dinosaurs and alongside Neanderthals.

And, sinus and asthma symptoms and treatments are documented throughout history and across the globe. People just didn’t know exactly how to treat the symptoms, or exactly what was causing them.

As scientific advancement was stifled during the Middle Ages, in large part due to the plague, it wasn’t until 900 years later, in 1819, that Dr John Bostock published a description of his own seasonal allergies. But he didn’t know what was causing them. Antihistamines first became available in the 1940s, but they caused significant sedation. The formulations with fewer side effects that are used today have only been available since the 1980s.

Though recognised by ancient civilizations, seasonal allergic rhinitis and allergic asthma have only increased in prevalence in recent history and are on the rise, now affecting 10 to 30 per cent of the world’s population. Fuelled by warmer temperatures and increased carbon dioxide levels, pollen seasons are longer and pollen counts are higher. Many experts believe this will worsen in the coming years due in large part to climate change.

What can you do? Often, those who are allergic need a multifaceted approach. Here are a few steps you can take in order to keep your allergy in check: