Fear of childbirth is linked with lower tolerance for labor pain and higher odds of postpartum depression. 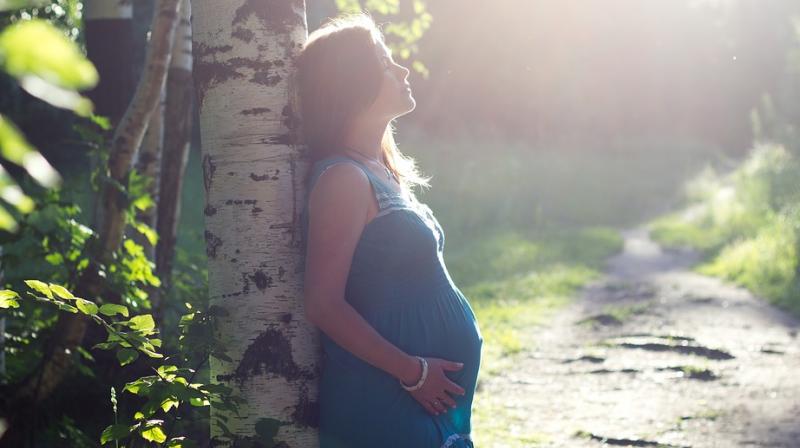 When birthing classes include mindfulness-based education instead of focusing only on the biology of having a baby, women may have an easier time coping with labor pain and a lower risk of postpartum depression, a small experiment suggests. Fear of childbirth is linked with lower tolerance for labor pain and higher odds of postpartum depression, researchers note in BMC Pregnancy and Childbirth. For the current study, they randomly assigned 30 mothers to receive either traditional or mindfulness-based birth classes during their last trimester of pregnancy.

There wasn’t a meaningful difference between the groups in perceived labor pain or use of epidurals, the study found. But women who went through the mindfulness-based birthing classes appeared to have greater body awareness during labor and lower odds of depression after their babies arrived. “In the mindfulness-based childbirth classes, the emphasis is on purposefully cultivating the life skill of mindfulness - the awareness that arises from paying attention, on purpose and non-judgmentally to whatever is arising moment by moment - whether it’s the stress of a job, a fearful thought about the future, the physical pain of labor, or a crying baby,” said senior study author Nancy Bardacke, a certified nurse-midwife at the Osher Center for Integrative Medicine at the University of California, San Francisco Medical Center.

“It is also a skill that helps expectant parents manage the reality that the future - whether it is childbirth or life - is both unknown and unpredictable,” Bardacke said by email. All of the women in the study were first-time mothers. Half of them were assigned to a standard childbirth preparation class that reviewed factual information about birth like the stages of labor and what to expect after the baby arrives.

The other women attended an intensive weekend workshop that included standard childbirth preparation topics but also focused on practices like mindful movement, walking meditation, and pain coping strategies. These women also received handouts and guided audio materials so they could practice mindfulness on their own. While mothers in the mindfulness group sought epidurals at similar rates to those in the control group and afterward reported similar levels of pain during labor, the study did see a trend toward lower use of opioid-based pain medication during labor.

While these results were too small to rule out the possibility that they were due to chance, about 62 percent of women in the standard education group used narcotics during labor compared to 31 percent in the mindfulness group. “Many women in the mindfulness group used the skills to avoid pain medication in early labor and then opted for epidural when things became more intense, but as a more intentional, mindful choice, versus out of fear of the bodily sensations of labor,” said lead study author Larissa Duncan of the University of Wisconsin-Madison. “If a woman intends to avoid epidural, it is possible these skills might permit her to do so,” Duncan said by email.

Women in the mindfulness group also reported fewer symptoms of depression in assessments after birth and six week later than women who went through the standard childbirth education course. Beyond its small size, other limitations of the study include a high rate of epidural use in both groups that made it hard to discern meaningful differences in how women perceived pain, the authors note. Researchers also lacked data on the duration of labor, a factor that could influence epidural use because this is more common with longer birthing processes.