CVD has emerged as a leading cause of death in India. 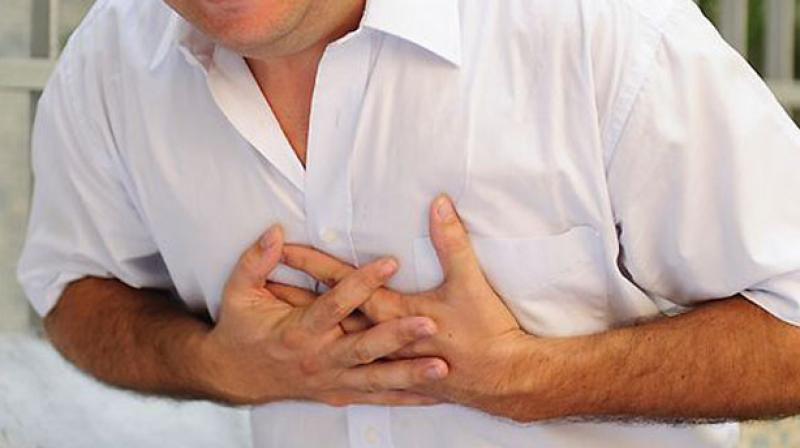 CVD has emerged as a leading cause of death in India. (Photo: Representational Image)

The risk of suffering from fatal or non-fatal cardio-vascular disease in the next 10 years varies widely among people living in different states in India, ranging from 13.2 per cent chance for residents of Jharkhand to 19.5 per cent for those in Kerala, according to a recent study.

The study stated that the population of Odisha, Bihar, Assam, Rajasthan have 14-15 per cent risk of suffering from CVD in the next 10 years, while people of Uttar Pradesh, Delhi and Telangana have 15-16 per cent possibility.

Punjab, West Bengal and Tamil Nadu population is at a risk of 17-18 per cent, while people of Uttarakhand, Andhra Pradesh and Himachal Pradesh have 18-19 per cent risk of CVD.

The findings are part of a first population-based large scale study that examined cardio-vascular disease (CVD) risk in India and the states on the basis of the data from two large household surveys (Annual Health Survey round 2 and District level household and facility survey round 4) carried out between 2012 and 2014 which had sampled 7,97,540 adults aged between 30 and 74.

The study also stated that wealthier and more urbanised states tend to have a higher risk.

The study, led by researchers at Public Health Foundation of India and Harvard T.H. Chan School of Public Health, also found adults living in urban areas, as well as those with a higher household wealth, tended to have a greater CVD risk.

The key findings and mapping of CVD risk across the states of India may guide us to reach the pockets at high risk for immediate and effective implementation of relevant programs and towards formulation of new policies.

"CVD has emerged as a leading cause of death in India. However, the prevalence varies among states and different socio-economic groups. Early assessment of CVD among high risk population and targeted efforts can reduce substantial premature mortality and morbidity, said author Dr Ashish Awasthi, Assistant Professor (INSPIRE Faculty) at PHFI.

"Our findings could be helpful in deciding how to allocate resources to prevent cardiovascular disease to those most in need. said author Dr Pascal Geldsetzer from Harvard T. H. Chan School of Public Health.

Lindsay Jaacks, faculty at the Harvard T. H. Chan School of Public Health and visiting faculty at PHFI, added, This study clearly demonstrates the need for translational research on diabetes and hypertension prevention and management in India. It also highlights the urgent need for population-wide interventions such as the elimination of artificial trans fat and sodium reduction as well as reducing tobacco use.