Shortly after 1.30am, Scott passed away - just 13 hours after his wedding. 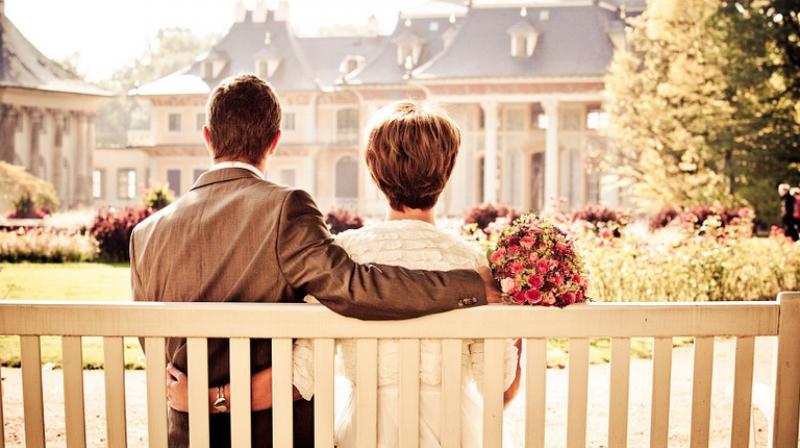 Just a few days ago Michelle White, from Lawrence Weston, Bristol, was living a normal life with her fiance, Scott Plumley. (Photo: Pixabay)

A couple who had been together for two years had their worlds turned upside down when the groom passed away on the night of the wedding, with his wife, sitting right beside him.

Just a few days ago Michelle White, from Lawrence Weston, Bristol, was living a normal life with her fiance, Scott Plumley.

And now, Michelle, 32, is frantically trying to raise enough money to cover the cost of Scott's funeral after he died from cancer, aged just 41.

For the last month, Plumey had complained of indigestion and an endoscopy alerted doctors of a more sinister cause.

A report in MailOnline cites a Bristol Post quote where Michelle said that consultants told them Scott had Stage 4 cancer of the oesophagus, and because they caught it late it had already spread to his liver and had destroyed that, and there was nothing they could do.

“I asked how long, expecting them to say 'a couple of months' or something, so I could bring him home, but they said 'no it will be weeks at most, in fact, it could be just days,” she added.

According to her they said there was nothing they could do, no chemo or anything, just palliative care.

After his diagnosis, the couple knew that they wanted to get married as soon as possible.

They explained Scott's situation to his family and friends, who travelled from all over the country to his bedside.

Michelle had to start planning a wedding that needed to take place less than 24 hours later.

Speaking to the Bristol Post she said that they had to rush to the Register Office to get him to come to the hospital the nest day.

“I literally had 20 hours to prepare and arrange a wedding. Everyone was so generous. One of my friends did the flowers, got a cake. One neighbour did my hair, it was amazing,” she added.

For the ceremony, Scott wore a shirt and trousers and Michelle wore a traditional dress and tiara. Scott was taken in his wheelchair to a quiet room on the ward where the couple's friends and family were waiting.

Michelle recalls that Scott could hardly speak, but when they asked 'do you take this woman' when we were saying our vows, he answered loudly: 'I sure do!'

The family along with the newly wedded couple returned home and Michelle recalls him getting a bit perkier in the evening.

'He was a bit perkier that evening, and I was planning on spending the night there - they'd got me a reclining chair next to his bed, so I put my pyjamas on and settled down,” she said to Bristol Post.

As midnight passed on their wedding night, Michelle and Scott shared their last hours together.

Shortly after 1.30am, Scott passed away - just 13 hours after his wedding.

Now, in the same week that she planned their wedding, Michelle is organising her husband's funeral.