According to the study, people who eat more fruits and vegetables are 42 per cent less likely to develop the condition than those who don't. 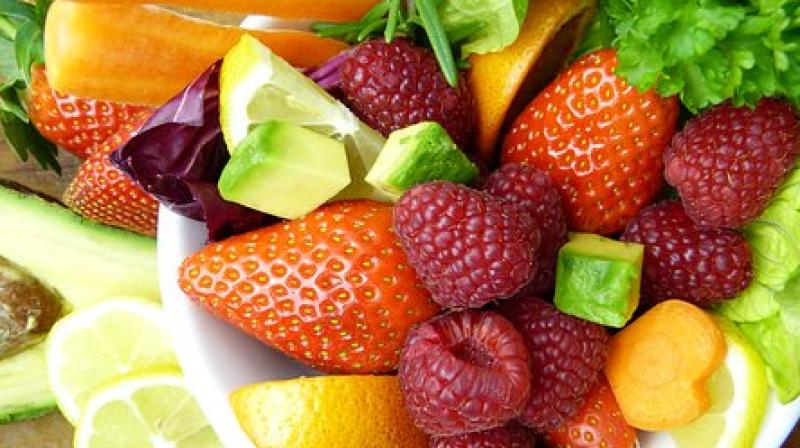 The study was carried out using an artificially intelligent machine-learning system. (Photo: Pixabay)

Here's another reason to eat fruits, vegetables, whole grains and legumes, as according to scientists, a plant-based diet may help to reduce the risk of a deadly heart failure.

According to the study, people who eat more fruits and vegetables are 42 per cent less likely to develop the condition than those who consumed fewer plant-based foods.

Another team of researchers also found that increasing coffee consumption by one cup per week may reduce the risk of heart failure by seven percent and stroke by eight percent.

The team from Icahn School of Medicine in New York recruited 15,569 participants for the diet study and monitored their health for four years.

The findings indicated that the participants, who followed the plant-based diet, were at a lower risk of heart failure and there were no associations for the other four dietary patterns found, reports the Independent.

The findings about coffee consumption explained that with each additional cup of coffee drunk per week was associated with a lower risk of heart failure and stroke compared to those who consumed no coffee.

The study was carried out using an artificially intelligent machine-learning system.

First author Laura Stevens from the University of Colorado in the US said, "Our findings suggest that machine learning could help us identify additional factors to improve existing risk-assessment models."

Victoria Taylor, senior dietitian at the British Heart Foundation explained that eating plenty of fruit and vegetables, cutting down on salt and maintaining a healthy weight are all important parts of a balanced diet that helps lower the risk of heart disease and stroke.

The findings from both studies were presented at the American Heart Association's Scientific Sessions meeting in Anaheim, California.