The light-sensitive drug used, called WST11, is derived from bacteria found at the bottom of the ocean 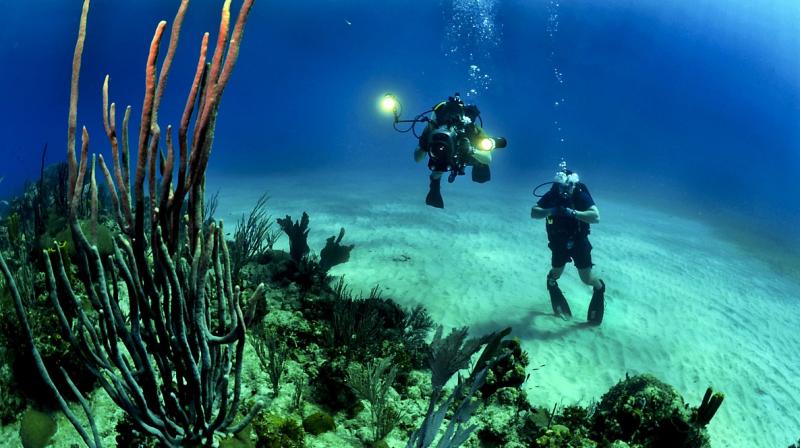 The deep sea drug has evolved to convert light into energy with incredible efficiency to help in the treatment of cancer. (Photo:Pixabay)

A non-surgical treatment for low-risk prostate cancer in which doctors inject a light-sensitive drug derived from deep-sea bacteria into a patient's bloodstream was shown in a trial to kill cancer cells without destroying healthy tissue.

Results of a trial in 413 patients showed that the drug, which is activated with a laser to destroy tumor tissue in the prostate, was so effective that half the patients went into remission, compared with 13.5 percent in a control group. "These results are excellent news for men with early localized prostate cancer, offering a treatment that can kill cancer without removing or destroying the prostate," said Mark Emberton, a University College London consultant urologist who led the trial. "This is truly a huge leap forward."

The treatment, called vascular-targeted photodynamic therapy or VTP, was developed by scientists at the Weizmann Institute of Science in Israel in collaboration with the privately-owned STEBA Biotech.The light-sensitive drug used, called WST11, is derived from bacteria found at the bottom of the ocean. To survive with very little sunlight, they have evolved to convert light into energy with incredible efficiency, Emberton's team said in a study published in the journal Lancet Oncology.

The Weizmann scientists exploited this feature to develop WST11, a compound that releases free radicals to kill surrounding cells when activated by laser light. Men with low-risk prostate cancer are currently put under active surveillance, where the disease is monitored and only treated when it becomes more severe. Radical therapy, which involves surgically removing or irradiating the whole prostate, has significant long-term side effects so is only used to treat high-risk cancers.

While radical therapy causes lifelong erectile problems and incontinence, VTP only caused short-term urinary and erectile problems which resolved within three months, the researchers said. No significant side-effects remained after two years. In the trial, only 6 percent of patients treated with VTP needed radical therapy compared with 30 percent of patients in the control arm who were under active surveillance.

The trial involved 47 treatment sites in 10 European countries, most of which were performing VTP for the first time. "The fact that the treatment was performed so successfully by non-specialist centers in various health systems is really remarkable," Emberton said.

The VTP treatment is now being reviewed by the European Medicines Agency (EMA) for possible license, but it likely to be several years before it can be offered to patients more widely.