Researchers urge parent to encourage their kids to exercise to reap the benefits. 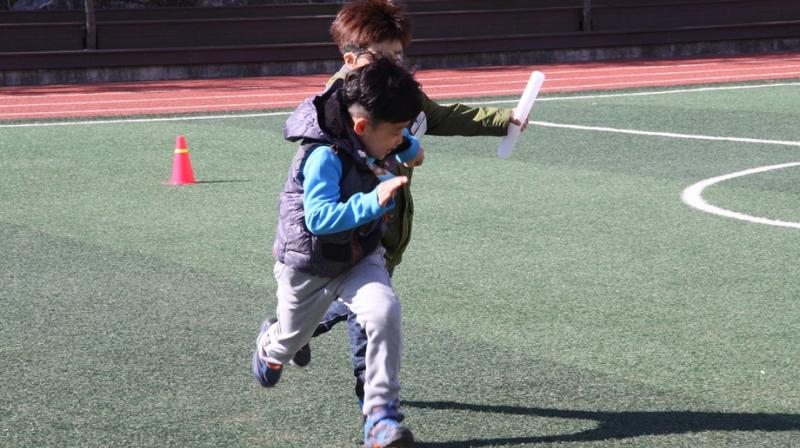 Washington: Parents, take note! Here's another reason to encourage your kids to exercise as it improves their attention and memory.

Researchers found that pupils' best responses to tests came after physical activity that was set at their own pace, as opposed to exhaustive exercise. The study is part of the BBC Learning's Terrific Scientific campaign - designed to inspire school children to pursue a career in science - and part-funded by the University of Edinburgh and the Physiological Society.

In the sixth investigation of the series, more than 11,000 school pupils across the UK conducted a scientific investigation to discover the impact of taking a short break from the classroom to complete a physical activity on their mood and cognitive abilities. The study was jointly led by Dr Colin Moran and Dr Naomi Brooks, of the University of Stirling's Faculty of Health Sciences and Sport, and Dr Josie Booth of the University of Edinburgh's Moray House School of Education.

Dr Brooks explained: "Anecdotal evidence suggests that short breaks involving physical activity can boost concentration and happiness in pupils. While this is positive, the evidence is not conclusive and this is what we asked the children to help investigate. "Ultimately, we found that 15 minutes of self-paced exercise can significantly improve a child's mood, attention and memory - enhancing their ability to learn."

A total of 11,613 children in the UK signed up to participate in the research - including 1,536 from Scotland - and they were asked to answer questions about how happy and awake they were feeling, before completing attention and memory tasks on a computer. Children completed the tasks both before and after they participated in each of three outdoor activities of varying intensities:

-A bleep test: This was the most intense activity, where the children ran in time with bleeps, which got gradually quicker, until they felt close to exhaustion.

-A run/walk activity: This was of intermediate intensity where the children ran or walked at a speed of their own choice for 15 minutes.

-A control activity: This was the least intense activity where the children went outside to sit or stand for 15 minutes. This was used to compare whether physical activity had a greater impact than simply going outside.

In total, more than 7,300 children provided information on at least one of the key measurements, related to mood and cognition, and participants completed 22,349 batches of computer tasks.

Following the run/walk, children's ability to remember words in sentences improved, while there was no difference between the bleep test and control activity. However, there appeared to be no real difference to their ability to remember shapes. "Overall, our study concluded that exercising leads to improvements in children's mood and cognition," Dr Moran said. "In most tasks, participating in a run/walk activity was more beneficial that doing the bleep test, where children should be closer to exhaustion. However, in most cases, doing the bleep test was no different from completing the control activity."

Dr Booth said: "This suggests that children should be encouraged to exercise at their own pace during short breaks from class. This may help children be more ready to learn when they return to the classroom."

"However, they should not be discouraged from doing more vigorous exercise as in most cases the effect of the bleep test was no different from the control activity.

"Importantly, this exercise should be in addition to normal physical education and also at a time when the class teacher thinks the class would benefit the most from a break."