Exercise may improve thinking in sedentary seniors with cognitive decline 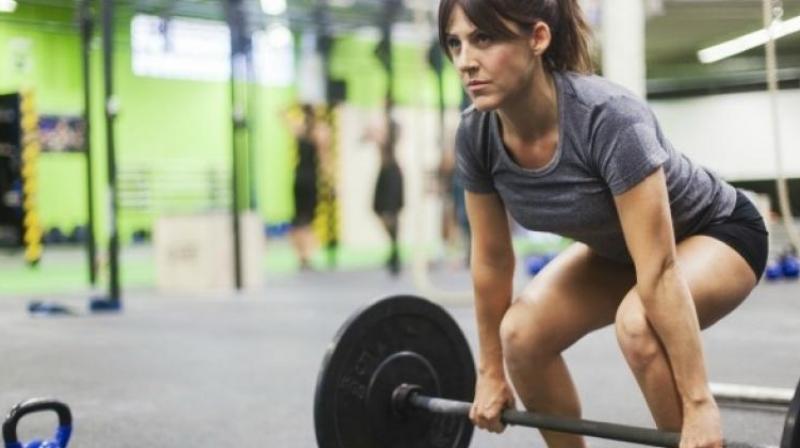 After six months, people who exercised scored higher on thinking tests than they did at the start of the study. (Photo: AFP)

Older adults who already have some cognitive impairment, but not dementia, may find their thinking skills improve when they start doing aerobic exercise like walking or cycling a few times a week, a small experiment suggests.

Researchers studied 160 adults, age 65 on average, all sedentary and all with some cognitive impairment but not dementia. Participants were randomly assigned to one of four groups: aerobic exercise three times a week; nutritional counseling and a heart-healthy diet; both the exercise and nutrition counseling; or a control group that didn’t change their diet or exercise habits.

After six months, people who exercised scored higher on thinking tests than they did at the start of the study, an improvement equivalent to reversing nearly nine years of aging, researchers report in Neurology.

“There are currently no proven medical therapies to stop or reverse age-related cognitive decline, and these lifestyle changes have the potential to delay the onset of dementia for years,” said lead study author James Blumenthal of Duke University Medical Center in Durham, North Carolina.

In particular, exercise improved thinking skills known as executive function, which involves a person’s ability to regulate their behavior, pay attention, organize ideas and achieve goals. Exercise did not, however, seem to improve memory.

Participants assigned to exercise had three weekly sessions of 45 minutes, including a 10-minute warmup followed by 35 minutes of activities like walking, jogging, or cycling. For the first three months, they worked out at 70 percent of their maximum heart rate, working up to 85 percent for the second three months.

People in the nutritional counseling group were taught how to follow the Dietary Approaches to Stop Hypertension (DASH) diet, which is a low-sodium, high-fiber diet rich in fruits and vegetables, beans, nuts, low fat dairy products, whole grains and lean meats.

The DASH diet alone didn’t appear to impact thinking skills. But people with the greatest cognitive improvements were those in the group assigned both to exercise and follow the DASH diet, suggesting the diet might enhance the effects of exercise.

People in the control group didn’t start exercising or adopt a DASH diet and were assigned only to receive health education classes. At the end of the six months, they showed no improvements in cognitive function. In fact, on average, their function declined slightly, by the equivalent of six months of aging.

Beyond its small size, one limitation of the study is that it was conducted at a single site, and results might be different elsewhere, the authors note.

Still, the results underscore the importance of lifestyle changes for older adults with cognitive impairment, said Sandra Bond Chapman, founder of the BrainHealth center at the University of Texas at Dallas.

“The pre-dementia stage of the population studied is a critical time to be proactive about staving off brain vulnerabilities,” Chapman said by email. “Individuals can impact their brain health significantly by exercising regularly, reducing salt and adding food that is rich in potassium and magnesium.”

Even sedentary older adults should be able to find some way to get moving, said Scott Hayes, a psychology researcher at the Ohio State University in Columbus.

“Although folks may have pain, physical impairments or disabilities, there are often alternative exercises available to get people moving,” Hayes, who wasn’t involved in the study, said by email.

“So, if someone has difficulty walking or running, they may be able to use a stationary bike, swim, or do some resistance training,” Hayes said. “I would encourage folks to avoid the notion that they cannot exercise.