About half the injuries were severe or moderate. 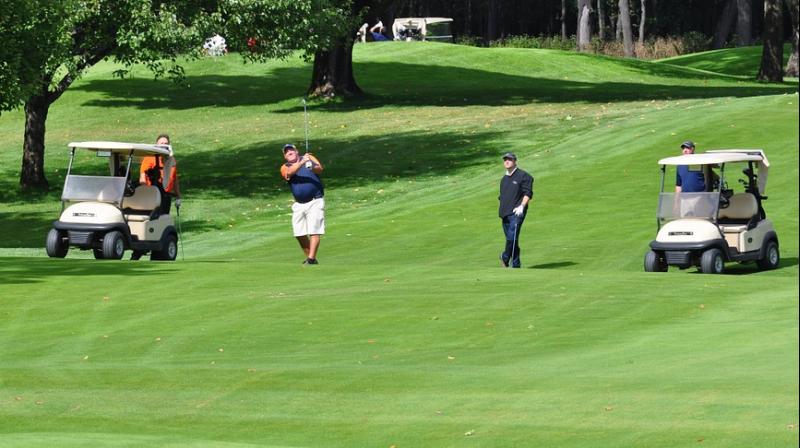 Researchers found that children as young as nine years old were driving golf carts, often not wearing seat belts, and faced the risk of the cart overturning.

Non-automobile vehicles - like ATVs, go-karts, golf carts and others – “are often viewed as harmless or safe by parents and communities,” study coauthor Joseph Starnes told Reuters Health by email. “This is especially true for golf carts, which tend to be slower.”

For the new study, Starnes and colleagues at Vanderbilt University in Nashville, Tennessee analyzed golf cart-related injuries in patients under age 18 at their pediatric trauma center between 2008 and 2016.

During that period, they treated 40 children with golf-cart related injuries, 85 percent of whom were between ages 5 and 14.

About half the injuries were severe or moderate. Injuries were worse in older children and were most likely to occur in the head and neck. About a quarter of the children spent time in the intensive care unit. For half the cases, hospital charges came to more than $20,500.

The most common cause of injury was being thrown off the cart. For older children, it was also common to overturn the cart.

Only one injured child in the study was wearing a seat belt.

A similar pattern was seen in a 2011 study at the Medical College of Georgia in Augusta, Georgia, also home to the Master’s Tournament and two global golf cart manufacturers.

Dr. Brandon Miller of Harbin Clinic in Rome, Georgia, a coauthor on the 2011 study, told Reuters Health, “People know ATVs can be dangerous, but what’s unique about golf carts is that they usually involve people from affluent neighborhoods and well-intentioned parents who have no idea how dangerous they can be.”

“This study gives more credence to the idea that this is happening in yet another location, not just the golf capitals of the United States,” Miller told Reuters Health by phone.

In his study of more than 500 such injuries, 78 percent of children went to the hospital, and nearly a quarter had injuries related to the brain, neck and spine.

“Children who are injured in golf cart accidents have a significant risk of neurological injury,” Fraser told Reuters Health by email. “This again speaks to the need for prevention: Head injuries are serious and most times can be prevented.”